You hear the warnings daily.  “Prepare for the next market crash” or “Financial Apocalypse” and worse. Some folks sincerely believe it will happen, some sooner than later.  While others are just trying to sell you something playing on your fears.  The CEO of Overstock.com Patrick Byrne believes there is a 10 – 20 percent chance that a financial disaster could happen in the next few years.

“So many signs tell me this country has lost its way, with a bankrupt business model,”

Patrick Byrne has been stockpiling gold and silver to the tune of $10 million so far.  And loading up emergency preparation kits to feed his 2000 employees for up to 60 days.

The Overstock team is preparing for the apocalypse

Some companies keep a rainy-day fund. Overstock.com is preparing for the apocalypse. Saying there’s a “10 to 20 percent chance” of a financial collapse in the next few years, the dot-com’s chief, Patrick Byrne, has stashed away $10 million worth of gold and silver, plus several thousand emergency preparation kits, complete with enough food rations to last his 2,000 employees and their families 30 to 60 days.

These reserves, according to Johnson, are in preparation for an inevitable financial crisis.

Overstock has been stockpiling gold and food for a financial apocalypse

Overstock.com, a Utah-based online retailer that started as a seller of excess inventory, has been doing some stockpiling of its own. Jonathan Johnson, the chairman of the board who is also running for Utah’s governor says the company has $10.9 million in gold and silver and a three-month food supply

“We have food and gold, but we don’t walk around with guns or something. We’re not preppers,” Byrne told The Post.  Really? Just because you don’t stockpile weapons and ammo doesn’t mean you are not a prepper.  The mere fact that you want to be prepared for potential scenarios and take action makes you a prepper.  After all, what is a prepper?

Currently, the gold and silver at Overstock make up about 10% of their liquid assets. This move has raised a lot of eyebrows, but also garnered a great deal of appreciation and approval from others.  Especially the Overstock employees.

If the company you worked for provided this “prepping” service, would you continue to be prepared on your own?  Or would you continue on with your own prepping?  What if the government provide a service like this?  Would you trust it?

At any rate its great to see someone in Patrick Byrne’s position take action and not just for himself, but is also looking out for those who look up to him.

Read these articles next:

Stop Giving Your Money To the 1%

Death of The Dollar 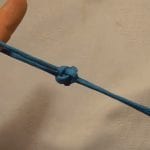 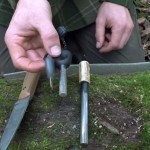