One of the major consequences of the real estate collapse of 2008 was that many hard working people lost all their money.  The thing with money is it doesn't disappear it just shifts ownership.  And in this case ownership shifted to the 1%.

“Knowing that a trap exists is the first step in avoiding it” – Frank Herbert, Dune

What we saw occur was a huge consolidation.  The companies that had all the money started to buy up weaker competitors, those seen as having little to no value simply vanished.  And while many people needed aid to survive and recover, the cost of this aid has been detrimental to many communities across the country. We are seeing this with Greece.

Greece must accept aid at the cost of public services and utilities, going as far as being pressured to sell off state owned assets such as airports, marinas and railways. And however absurd the notion of selling the Acropolis, it could come to that. In the end, what will the country become if Greece is not actually owned by Greeks?

In reality, it’s all part of economic evolution.  See, everything is cyclical.  Look at all the market crashes in history, and you will see that the economy has eventually come back.  The weak were weeded out, and new ideas were incorporated.  Unfortunately, those who are not prepared for this get hurt.

With all this in mind, take a look around your community. How many businesses are locally owned? Do you make a point of buying locally? Why or why not?

Buying local means you support entrepreneurs and businesses in your community. These people could be your neighbors that think and live the same way you do. They deal with the same issues as you and many times hold the same values as you.

The biggest benefit to buying locally is keeping the money flow within your community. Not giving it to big corporations that don’t have your best interest at heart. You may think that the pennies you save buying a cheap “made in China” product is being frugal, but in reality, you are damaging your own economy.

What can you do?

Politics is one of the most heated topics in our country. People like to take sides and argue back and forth about which way our country should go. And they believe that they can affect this direction by voting for a particular party or politician. While this may or may not be true, the most powerful way to vote in this country is with your hard earned dollar.

For example, would a company continue to spend money manufacturing, shipping and stocking blue widgets made in China if everyone no one wanted to buy them? Probably not.

Investing in your local economy bolsters leadership, a strong sense of community and safety. Soon a strong sense of trust and loyalty will begin to emerge. And hopefully, in time, this will spread to other communities, towns and cities.

For most, I am probably preaching to the choir. And you might be wondering what your measly dollar can do. However, did you know there is a community in Massachusetts doing all of the above and more?

Dubbed a “great economic experiment” by The New York Times, BerkShares are a local currency for the Berkshire region of Massachusetts. Federal currency is exchanged for BerkShares at eight branch offices of three local banks and spent at 400 locally owned participating businesses. The circulation of BerkShares encourages capital to remain within the region, building a greater affinity between the local business community and its citizens. http://www.berkshares.org/

Berkshire County in Massachusetts has taken “buy local” to a whole new level by creating their own currency. The BerkShare is now accepted by some 400 businesses throughout that region. Economics correspondent Paul Solman explores advantages for both consumers and storefronts.

There are actually, more and more communities enacting similar programs in attempts to keep strengthen their own local markets. If you and your community are less dependent on outside products and services, do you think you would be better prepared for the next economic crisis? 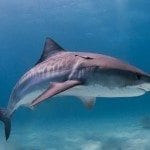 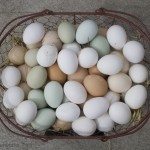