Death of The Dollar 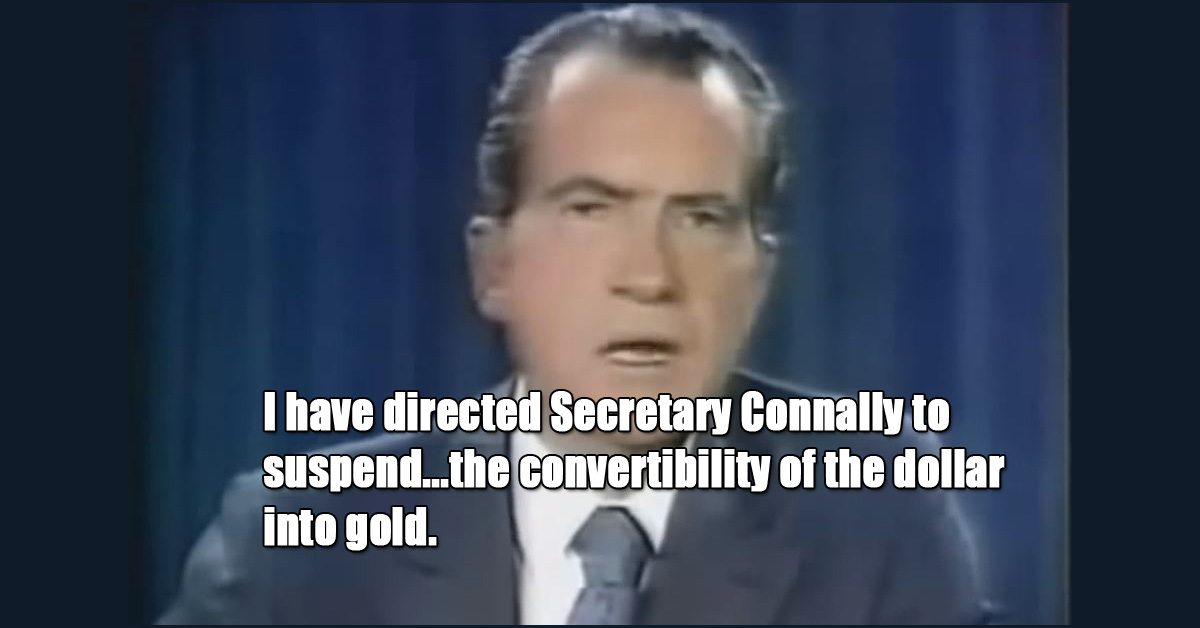 Article 1, Section 8 of the Constitution - Clause 5. To coin Money, regulate the Value thereof, and of foreign Coin, and fix the Standard of Weights and Measures;

According to the above, only Congress has the power to control our money.

In 1971, President Nixon delivered the final blow to the gold standard marking one of the most impactful economic events in modern history.  And so the era of fiat currency began.  This event is referred to as the "Nixon Shock".  Watch this monumental event unfold below:

This move probably saved the United States from emptying its gold coffers as foreign countries attempted to convert their US currency for gold.  Ultimately, the US would most likely have defaulted on these redemptions if the demand was too great.

Opponents argue a gold standard would create economic instability, spur periodic economic deflation and contraction, and hamper government's ability to stimulate the economy and reduce unemployment during recessions and financial crises. They say returning to a gold standard would be extremely difficult given the scarcity of gold and could severely harm the already fragile US economy.  http://gold-standard.procon.org/#background

Could this just be part of a natural economic evolution?  Throughout history, there have been many forms of currency, from bartering, precious metals and paper money.  Technology has also had a great impact on how we pay for goods and services.  Look at virtual money and cryptocurrency for example, such as Bitcoin.  As society shifts and changes, so will economic theory.  Some practices will work, and others will not. How do you think we will pay for goods and services 100 years from now?

Today, people rarely carry cash opting for electronic transactions. Electronic transaction are definitely more convenient.  And along with the electronic era comes the redefining of value, or wealth.  The worth of a person (in terms of monetary wealth) can be measured in credit worthiness and the digits in their bank accounts.

If fiat money isn't backed by a physical commodity, what is is backed by?  In reality, one could argue that the strength of a fiat monetary system is backed by the government's ability to enforce the monetary policy.  Globally, this would mean military might.  This could be an underlying reason for much of today's military action.

If #SHTF and you found your fiat money digits worthless, would a stock pile of gold really be useful to you?  What would you stockpile as a valuable commodity?

Consider this article a digital representation of my 2 cents.

What Is Fiat Money?

Covert Banking System Used By The 1% For Financial Preparedness

What is Gold Standard?