It's hard to believe that 2015 is almost over. There were a lot of great posts out there to help both seasoned preppers and newbies become more ready and self-reliant. Based upon the number of times articles were shared, we've put together a list of the top 20 posts for preppers from 2015. I hope you find something useful here. I know I did!

A Depression-Era Medicinal Plant Map of the United States

This map of medicinal plants depicts one or two important species that grew in each state in 1932, identifying the plant as native or cultivated, and describing its medical uses. A few species of seaweed float in the map's Atlantic Ocean, and the border identifies important medicinal plants from around…

This Looked Like An Ordinary House…Until I Saw What Was Inside! – Tips for Survivalists – Every Preppers Favorite Resource

Everyone wants to find a good deal on their dream home. You know the place, A place that you can call your own that has everything you want at a price you can afford? That can't possibly exist…right? That's where the Tiny House Movement comes in.

Every prepper knows the importance of water. Quite simply, you can't live without it. Within three days, dehydration will take hold and death soon thereafter. The procurement and catchment from a water source is step one. Water Purification is step two.

12 Bad Strategies That Will Get Preppers Killed – The Organic Prepper

If you're involved in the preparedness lifestyle, you're probably into planning. Most likely, you research and study the excellent preparedness strategies put out by experts. Whether we prepare for incidents small or large, we all ponder what we'd do if something world-as-we-know-it-ending went down.

Mongolian Yurts are the perfect model for an off grid and highly portable housing structure. Follow the plans and build your own yurt cheaply and quickly. Go a step further and build several. You can keep these at multiple locations so if a catastrophe strikes then you have more than one option for bugging out.

(NaturalNews) When it comes to emergency medicine for preppers, everybody is already aware of the extraordinary usefulness of things like nano silver, fish antibiotics and off-the-shelf antiseptics such as povidone iodine. Here, I've decided to reveal five little-known emergency medicine items you probably never thought about acquiring for your preps.

EMP Attack On America – Preppers Vs Non-Preppers In The First 72 Hours – Who Will Live, Who Will Die

Gaffney – Within a year of that attack, nine out of 10 Americans would be dead

Do you know the signs to watch for to avoid eating canned food that might be deadly? There are several ways harmful bacteria can contaminate canned food. ” In the United States, about 110 cases of botulism are reported each year “.

Here's What Disaster Preppers Pack to Survive for 72 Hours

When all hell breaks loose, it may be awhile before anyone comes to help. That's why the government suggests having a three-day supply of essentials on hand. For some, that might mean food and water. For others, it might mean a pistol and plenty of ammo.

Start a homestead where you are now, so you can enjoy and learn traditional American skills without buying the farm.

It pays to be prepared, and one of the things you will need to be prepared is a Bug Out Bag or Go Bag. This is what you will grab when you've got to GO quickly, and aren't really sure what circumstances you will encounter.

A bushcrafter is synonymous with a long-term survival expert. True master bushcrafters are those who choose to live off of the land for an extended period in time. These masters do not just survive in their natural environments they thrive there. It is important to know that all bushcraft masters are debated for one reason …

When we'll have no running water, no hyperactive emergency services, no electricity… we are going to turn back to what people did 100 years ago. Here you'll find some “little” survival tricks popular in the early 1900's and (some of them) useful … Continue reading →

While our grandparents might remember what it was like to cook with a wood stove as opposed to the gas and electric options available today, most adults haven't the faintest idea about how to cook when their appliances give in.

Herb Gardening for Preppers: How to Get Started – Survival Mom

After learning to grow some or all of their own food, many preppers turn their attention to other useful plants like medicinal herbs . Once established, herbs can be relatively low fuss, but deciding what herbs to grow and where to plant them can be a bit overwhelming.

What To Eat in the Wilderness Info-graphic – American Preppers Network

What to Eat in the Wilderness

Glock 19, The best pistol for preppers.

The argument has been had over and over, time and again. Now its time to settle the debate, the jury has come back in. The (un)official best “Prepper Handgun” you can buy is the Glock 19. The Glock 19 has been selected as the critic's choice as the Chosen One.

There comes a time when every prepper finally says, ” Enough with all of the food and enough with all of the gear!” After years of seeking out the best stuff at the best prices, creating a stockpile, and purchasing equipment, you just might want to stop – at least for awhile – and focus on something else: the vital qualities and abilities that no amount of money can buy.

A bug out event presents challenges regardless of the season. Winter, however, brings more challenges that people must be able to overcome for survival. Hypothermia, frostbite and lack of food supply all pose health and safety hazard. The following tips are designed to help people prepare for a successful winter evacuation.

Do campfire recipes really have to consist of burgers and corn on the cob every night? We don't think so. 20 Genius Campfire Recipes We like to mix things up and try out exciting and unconventional campfire recipes.

Did we miss any prepper articles from 2015 that you feel should have made the list? Let us know in the comments! 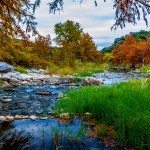 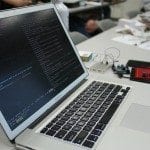