This isn’t exactly fresh news – the problems with US-city Flint, Michigan’s water have been on-going for almost a year now. But it is now gaining national attention in the United States.

In case you haven’t heard about this until now, here’s the rundown.

There’s also been a Legionnaires disease outbreak – causing 10 fatalities and leaving over 80 people sick – since the city switched to a new water supply in 2014.

Don’t wait until a water crisis hits your home – protect your personal access to clean water.

But that wasn’t meant to be the town’s permanent supply, just a temporary measure until construction of a new water pipeline to Lake Huron completed.

Almost immediately after the decision to switch to the temporary supply (which everyone keeps blaming everyone else for…) people started complaining about the taste of the water. Despite this and reports of hair loss and rashes caused by the water, the city insisted it was safe.

In 2015 Virginia Tech finally decided to test the water and found the water to be more corrosive than the Lake Huron water which damaged pipes and allowed lead and iron to enter the water supply.

Who’s responsible? Pretty much every level of government.

Yup… surprise, surprise. Government doing something that leads to horrible consequences and no one taking actual responsibility.

What’s being done? Well bottled water is being distributed – albeit late.

Well, I guess late is better than never… 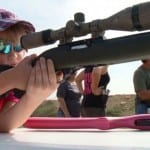 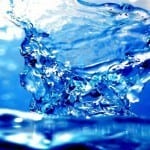