For years we’ve been listening to scientists around the world tell us how the melting of the polar ice caps due to global warming would cause a catastrophic rise in ocean levels.  If sea level were to rise only 1 foot, major coastal cities would be flooded and lost.  Low lying island chains would disappear and it would be a doomsday scenario straight out of the movies.  Well we may not have to start prepping for a Kevin Costner WaterWorld lifestyle just yet.  According to a group of British and French scientists, ice sheet melting due to greenhouse gas levels may be exaggerated.  The new study shows that if global temperatures continue to rise at a medium to high rate, it’s more likely that we could see a 4 inch rise in ocean levels.  Not the foot plus rise that has been foretasted.  This is good news for humanity and it gives us another few hundred or possibly a thousand years to keep stockpiling our food, weapons and building our bug out bunkers in the hills.

According to the new findings, sea levels may not rise more than 4 inches or 10 cm by the end of the century, so other scenarios that claim an 11 inch or 30 cm sea-level rise or more have just 20 percent chance to happen.

The team argued that no other research team adjusted their models through real physics observations. Their worst-case scenario, after adjustments were done, is a 4 inch global sea level rise by 2010.

The study, which was published in the journal Nature, was based on measurements of the bedrock and ice sheet dynamics and up-to-date satellite data on the continent. That data revealed that, indeed, the region has been thinning in its western parts especially in the Amundsen Sea, where glaciers’ decline was deemed ‘irreversible’ by a cohort of studies.  Read more at TrinityNewsDaily.com 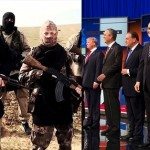 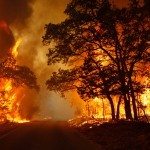