Today more than ever there are apocalyptic programs on television such as “Walking Dead” and “Doomsday Preppers“. If you've begun to consider a serious stand on the matter, you will stand within one of two basic sides:

That of the survivalist or prepper. Although there are specific distinctions between the two schools of thought, there are also a lot of areas where it can overlap. Let's examine the basics:

If you're of the mindset of a prepper, you're motivated by several potential threats. You're concerned about safety as well as survival. This could be from a natural disaster or even an economic meltdown of society.

You'll take cues from the generation that dealt with the Great Depression as well as World War II. You'll be saving as well as conserving as you expect economic adversity. Likely, you have a complex plan that you use to store on perishable foods. You have plenty of food and supplies for months or even years.

While this inclusive term covers a large range of people, you may not even know who is and isn't a prepper. You could live next door to a prepper and never know it. You yourself could be a prepper and be keeping it very quiet for wise reasons. You may even be mistaken for a survivalist and you don't want to be mistaken for one.

If you're in the survivalist camp, you're much more likely to fall into the most extreme portion of the apocalyptic spectrum.

The key difference between these two camps is that you have weaponry as well as ammunition as well as food and other required supplies to get you and your family through the challenging time.

This camp is a firm believer in the fact that we're going to be facing an economic collapse and you've already worked out how to live off of the land and provide for your family.

It's one thing to be prepared for any event, this is a prepper. A survivalist, on the other hand, more aptly describes those who are ready for a collapse of our economy and social systems. While the areas greatly overlap and give plenty of grey areas, there are still distinct differences in that survivalists will have a supply of weaponry.

Preppers, on the other hand, will have more food supplies and not focus so much on weapons. If you're unsure of where you stand, you may wish to consider the midline approach. Have a few weapons and prepare for the worst while anticipating the best.

I am a bit of a thrill junky and have a background in IT & Computing. I love to go Motorcross riding on the weekends or the occassional mountain bike riding through the trails. One of favorite quotes is by Ben Franklin. " By failing to prepare you are preparing to fail." 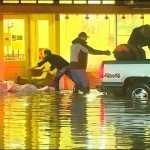 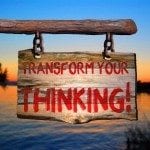