10 Mind Blowing Bunkers From Around The World

There's something about old bunkers from past wars that always intrigues me.  Maybe it's the history behind them and the fact that they've survived for so many years after the wars have long been over. Or knowing that at one time they were occupied by soldiers fighting and possibly dying within the bunkers themselves.  They stand as monuments and reminders for events that shaped history and the world.  Many of these bunkers are in remarkable condition, considering they've been battling the elements for more than 70 years.  Here's a great list of some of my favorite bunkers from around the world.  I hope you enjoy these as much as I do.

These small, fortified towers were built off the British coast and used by the Navy & Army to defend against ships and aircraft during WW2.  The forts were decommissioned in the 50's and some have since been damaged or removed.  Over the years, these bunkers have been used by pirate radio stations and man decided to live there and declare his fort an independent state.

The Odeon in Alderney 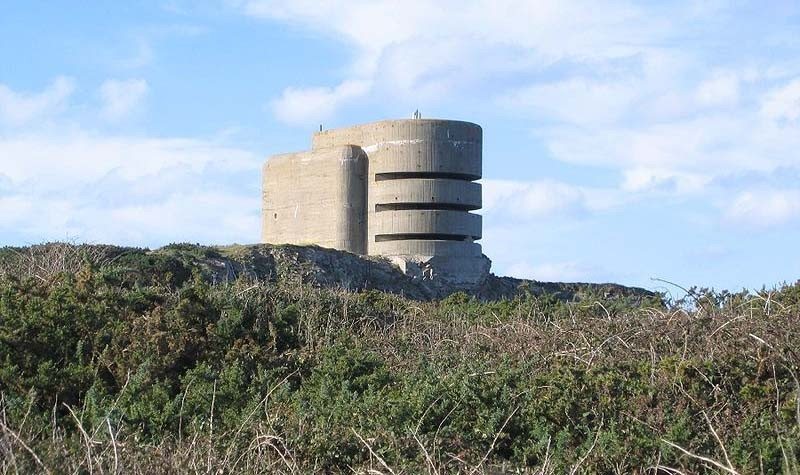 The Odeon is located on Alderny in the Channel Islands and built by the Germans during WW2.  It's 4 story's high and had anti-aircraft guns located behind the bunker during the war.  It's said that the allies had considered landing on Alderny as a rehearsal for the D-Day landings. 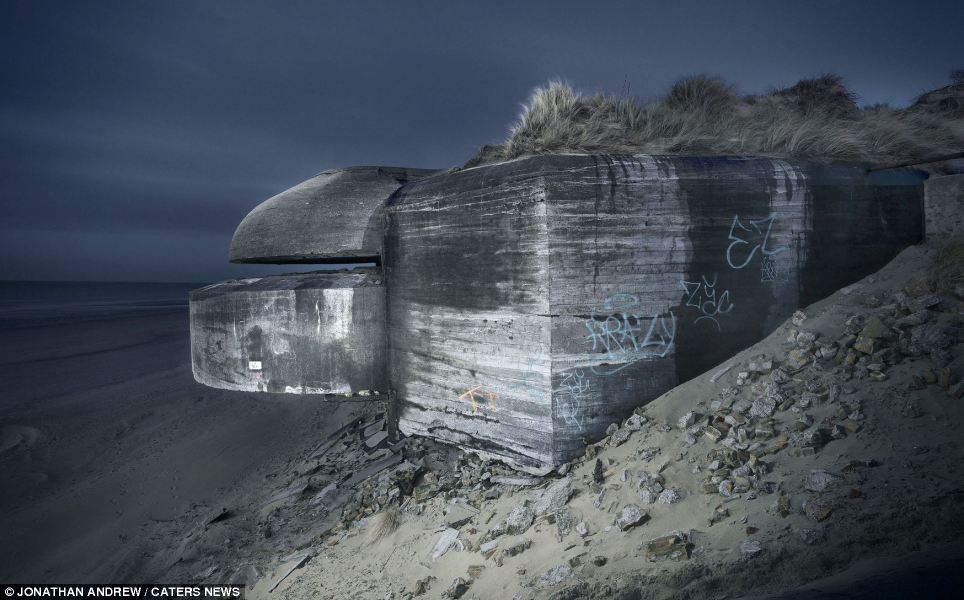 This World War II bunker still stands guard over the beaches below in Nord-Pas-de-Calais, France just as it did over 70 years ago on D-Day.  From this perspective, it's easy to see how the allied forces struggled to take the beaches against these massive German bunkers.

The Devil's Slide bunker was built in San Francisco, California during WW2 and used as a harbor defense observation lookout.  The site was sold to private owners in 1983, but several of the bunker structures still remain including steel / concrete pill-boxes and concrete earth bunkers. Take a look at this cool aerial view shot of Devil's Slide from a drone copter.

This anti-tank bunker was constructed in Eastern Finland during WW2 with many other anti-aircraft & tank bunkers which housed large caliber guns & cannons.

This bunker was built just prior to World War II, on the beach of Cape May State Park, NJ.  70 years ago, it was covered with sod, earth & sand and provided security for the entrance to the Delaware Bay.  The bunker is close enough to the shore that the water now flows under the pilings which are still holding it in place.  I've visited this bunker in the past and it's still in amazing condition considering it's location.

Albanian communist dictator Enver Hoxha built over 750,000 of these concrete mushroom shaped bunkers during the cold war.  Many of these bunkers have since been destroyed, at a cost of 800 euro per bunker.  The elements and ocean have claimed thousands more.  Many people have drowned while exploring the bunkers that sit near the ocean.

More than 14,000 of these massive concrete bunkers were built by Hitler's Army during World War 2. These defensive structures were built along the Atlantic Wall, from Spain to Norway.

The Mannerheim Line was a line of defensive fortification built across Finland from the Gulf of Finland to Taipale in the 1920's-30's after the Fin's declared their independence from Russia. The fortifications worked against the Red Army in the Winter war of 1939, with only having 101 structures like the one shown in this photo.

Amazingly, bunkers from the World War 1 era are still standing around the world. This one is located near Hill 60 in Zwarteleen, Belgium and was used by both British & German armies. Bunker construction hasn't changed much over the decades, as you can see this one was reinforced with concrete and steel back in 1915.

There are so many other cool abandoned bunkers from history located in across the planet.  If you're into these amazing relics from the past like I am, sign up for our newsletter so you'll know when we add more articles like this one.