If you’re buying your food from the supermarkets there is no telling what your feeding yourself or your family.

Today, food isn’t produced like it used to be, and I’m not saying this because “everything was better before” and I’m getting old. It’s a fact: getting tasty, organic and healthy food — real food — is hard today.

If you grow food yourself, you know exactly what you’re eating.

Another important aspect here, maybe more important: once you grow food yourself you’re self-sufficient, or at least more so than those that rely on supermarkets only to provide them with food. In a crisis, the winners are always those who are either self-sufficient, and can barter to get the items that are no longer available.

But I’m not talking just about disasters here; due to today’s economy and inflation, real food is getting more expensive.

Many people do the mistake of assuming they’ll be fine because they have a well-paying job or money, but we see over and over again that it doesn’t work like that. This is a common mistake though; Even entire countries do it — so I can’t really blame you if you think the same way.

In a disaster, how long do you think the supermarkets or stores will have food?

Not long. We’ve seen this before. Within days, sometimes less, they’re emptied by desperate shoppers or looters. If you want to see a real life example of what happens in supermarkets in bad times, check out whats been happening in Venezuela for years, and more recently in Greece.

Those are far away places, but take a look at the picture in the header. Where do you think that is? That’s here in the United States, before Hurricane Sandy.

All though it may not be possible for many to be fully self-sufficient, duo to where they live, because of the law or for other reasons — I think it’s still possible to be somewhat self-sufficient.

For many people, become 100% self-sufficient may not be possible due to location, money or other aspects, but I think that most people can at least get to some degree of self-sufficiency.

Becoming Self Sufficient – Things to Think About with Web4Deb

From an economic standpoint, things continue to worsen in this country. High food and gas prices are hurting a lot of people. Not only are things becoming unaffordable, but they are seriously lacking in quality. It’s no wonder that so many people are looking for ways to become more self-sufficient.

The guy featured in the video above, Rob, has manged to become fully self-sufficient. The green house he’s sitting in has a aquaponics watering system, a heating system, and all the electricity is supplied with solar panels!

This is our first post in a series of how to become self sufficient. Make sure you sign up to our newsletter — you don’t want to miss these! 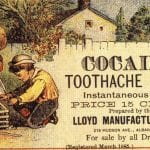 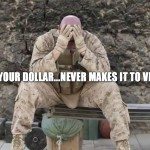