They have names like Stingray, Windjammer, and Radiance, price tags that range in the low six figures and are appearing on an increasing number of police department wish lists. Like other former military technology, these tech gadgets are finding their way into communities across the United States and into the hands of local police departments. In an article published on The Intercept, a secret catalog of the array of items available for covert surveillance was laid out in full view.

In the catalogue, each device is listed with guidelines about how its use must be approved; the answer is usually via the “Ground Force Commander” or under one of two titles in the U.S. code governing military and intelligence operations, including covert action.

But domestically the devices have been used in a way that violates the constitutional rights of citizens, including the Fourth Amendment prohibition on illegal search and seizure, critics like Lynch say. They have regularly been used without warrants, or with warrants that critics call overly broad. Judges and civil liberties groups alike have complained that the devices are used without full disclosure of how they work, even within court proceedings.

“Every time police drive the streets with a Stingray, these dragnet devices can identify and locate dozens or hundreds of innocent bystanders’ phones,” said Nathan Wessler, a staff attorney with the Speech, Privacy, and Technology Project of the American Civil Liberties Union. Today nearly 60 law enforcement agencies in 23 states are known to possess a Stingray or some form of cell-site simulator, though experts believe that number likely underrepresents the real total. In some jurisdictions, police use cell-site simulators regularly. The Baltimore Police Department, for example, has used Stingrays more than 4,300 times since 2007. In the years since 9/11, the U.S. has expanded its funding to provide military hardware to state and local law enforcement agencies via grants awarded by the Department of Homeland Security and the Justice Department. There’s been a similar pattern with Stingray-like devices.
[cleveryoutube video=”-gC5DuLGNVA” vidstyle=”1″ pic=”” afterpic=”” width=”” quality=”inherit” starttime=”” endtime=”” caption=”” showexpander=”off” alignment=”left” newser=”” margin=”true”]

View the catalog on The Intercept here. 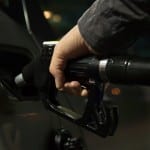