After all the insane attacks that have taken place in Paris in recent history, the police in the French city have been understandably tense. Their tolerance for people doing idiotic things right now is practically nonexistent. With that in mind, it certainly seems like the guy who approached a Parisian police station while wielding a butcher knife and was wearing a fake bomb vest simply had a suicide wish. And, if so, it was granted pretty quick seeing as police killed him right away.

France has been under a state of emergency since a series of attacks claimed by the Islamic State group killed 130 people in Paris on Nov. 13, and tensions increased this week as the anniversary of the January attacks approached. Soldiers were posted in front of schools and security forces were even more present than usual amid a series of tributes to the dead.

Officials said the man shot to death Thursday threatened officers at the entrance of a police station near the Montmartre neighborhood, home to the Sacre Coeur Cathedral. Just moments before, French President Francois Hollande, speaking in a different location, paid respects to officers fallen in the line of duty. Read More 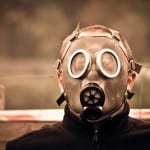 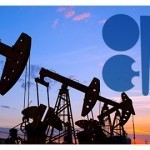