Planning on doing a little Black Friday shopping this year? If you happen to live in Arkansas, Tennessee, Alabama, Louisiana or Missouri, you might just be in for more than you bargained for (get it? Black Friday. Bargains. I’ll show myself out in just a moment). Apparently these states are those that you’re most likely going to end up needing to use your tactical pen or tactical flashlight for. Still, heading out on Black Friday (who am I kidding – on early afternoon of Thanksgiving) could mean running into an over-rambunctious thrift-hunter no matter where you might live. Be careful and be alert, friends.

Black Friday is upon us again, that annual sales event where crowds gather at store entrances in hopes of securing the best deals on holiday gifts. Without fail some of these shopping scrums end in fisticuffs as shoppers exchange blows over who gets the last discounted video game console or Rachel Ray cookware set.

To determine just where it’s most dangerous to participate in Black Friday we at Estately sought to determine where people are most likely to be participating in Black Friday sales and where people are most prone to violently attacking each other. Our findings come from ranking each state from 1-50 for these two data sets and then averaging the results. 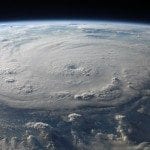 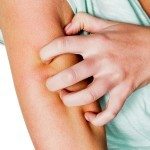