I will be the first to freely admit that my fishing bait knowledge starts and stops with the worms I buy at the local bait store.   So when I decided that I wanted to learn more about fishing for catfish I thought I better do some research on the best homemade catfish bait recipes.

Fishing The Internet For The Best Homemade Catfish Bait Recipes

So searching the interwebs far and wide I found these 12 that seem to be the “best” out there.  My requirements were simple when choosing them.

First, is it easy to make?

Second, does the author provide proof it works?

Third, can I get the ingredients pretty much anywhere?

Fourth, is it easy to make?

The first thing I wanted to know was, what kind of bait do I need or should use to have the best chance of success.

What I found was that there is a short list of the best homemade baits: 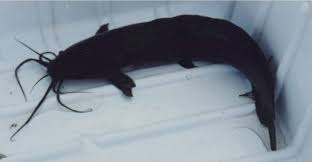 So armed with that I began my search and here are the 12 best homemade catfish bait recipes that I was able to dig up.

Here are some of the things you’ll need in regards to how to make your own catfish bait or at least the best homemade catfish bait:

You should blend the liver until it becomes a liquid, then empty it into a clean PLASTIC peanut butter jar and add the remaining ingredients. Stir well until thick. Cover.

Do NOT open indoors. You should allow the bait to sit for at least forty-eight hours. Remember, the rawer, the better.

I love the above recipe for its simplicity, and the author says that it definitely does its job of catching plenty of catfish.

While it isn’t the best smelling homemade catfish bait out there, it is the most effective.

Mix tuna, sardines and chicken livers in a sealable container. Seal and set outside for a week. Remember to place in a secure, raccoon proof location. A week later, outside, mix in stuffing mix and stuffing bread until a thick dough-like consistency is reached. Be sure to use a utensil you will not need in the future or stick to stir the mixture.

While outside or in a well-ventilated area, put the water in a glass bowl and slowly pour in the lye, letting it dissolve. The mixture will heat up as the lye reacts to the water. Let cool till the temperature reaches around 85 degrees. Melt lard and bring the temperature to 90 degrees. Slowly pour the dissolved lye into the lard as you continue to stir. Stir the mixture until it reaches the consistency of thick gravy. Pour into ice cube trays and let set for three days. Cubes should set and able to slide a hook through.

You might have reservations about using lye in your homemade catfish bait, however, the author claims that it is very effective.

Combine all ingredients in a large bowl then slowly add water until you reach a doughy consistency.

Now…if you want to keep things simple just use chunks of Velveeta cheese… or some sort of meaty dog food. Another way is to use chunks of hot dog, put 'em in a jar and cover them with fish oil and minced garlic.

Melt cheese until soft. Combine with meat and garlic and mix until cheese is evenly distributed. Slowly add flour to mixture until you reach a play-dough like consistency. Form into balls. Keeps well in a plastic bag in the freezer.

Where I found these homemade catfish bait recipes:

Tell me what you think, do you have your own favorite catfish bait you want to share? 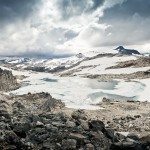 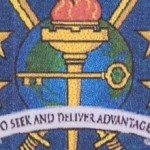