With all the mass shootings in recent times and an increased perceived threat of terrorism, there has been a massive increase in gun sales during this holiday season. Although the Christmas period is always a good one for gun manufacturers, possible near future changes to gun laws instigated by President Obama have led an increased number of members of the public to act and by a weapon for self-protection.

The New York Times reported that the FBI, whose job it is to run firearms background checks;

ran a record 185,345 background checks on [Black] Friday, about 5 percent more than the amount processed through the National Instant Criminal Background Check System on that day in 2014, a figure that is seen as a strong indicator of how many guns were sold…

But since about 40 percent of all gun sales are through unlicensed sellers, that figure probably underestimated how many firearms actually changed hands…

The federal system checks the records of people trying to buy a firearm from a licensed dealer, but are not required for those purchasing from many small-scale, unlicensed sellers who frequent places like the gun shows that were held in Texas, Tennessee, Kentucky, North Carolina, Missouri and other states on Friday.

Today News points to the fact that many people are scared about the increased threat of individuals and terrorist cells carrying out mass killings following 355 mass shootings in just 336 days, as well as recent events in Paris, France.

At places like Adventure Outdoors in Smyrna, Georgia, business has nearly doubled compared to a year ago at this time, according to manager Eric Wallace.

“Ever since the Paris attacks, we’ve had a lot of customers coming in,” Wallace told Gabe Gutierrez on TODAY. “Buying first guns, buying guns to protect their homes, their families, and themselves.”

Are you worried about the state of security today? Maybe you have you bought a loved one a new gun for self defense recently? Let us know what gun you bought in the comments below!

Check out these great Ready Tribe posts that may help you out: 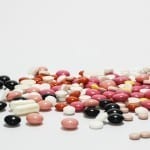 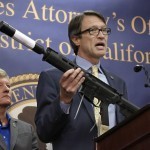