Earlier this month, there was heavy backing in the house of representatives of a GOP bill to increase refugee screening for the large influx of Iraqi and Syrian refugees coming into the US.

A number of democrats decided to back the bill including Rep. Stephen Lynch (D., Mass.), a Democratic lawmaker. Following the vote, Lynch went onto Boston Public Radio to explain why he had voted that way. During the radio interview, Lynch confirmed the horrifying statistic that at least 72 employees at the Department of Homeland Security (DHS) are also listed on the United States terrorist watch list:

“we did an investigation—the inspector General did—of the Department of Homeland Security, and they had 72 individuals that were on the terrorist watch list that were actually working at the Department of Homeland Security. The director had to resign because of that. Then we went further and did an eight-airport investigation. We had staffers go into eight different airports to test the department of homeland security screening process at major airports. They had a 95 percent failure rate. We had folks—this was a testing exercise, so we had folks going in there with guns on their ankles, and other weapons on their persons, and there was a 95 percent failure rate.”

Following recent terrorist attacks in Eygpt, where it was claimed airport staff had placed the bomb on board the plane, this statistic becomes even more chilling.  Not to forget the ongoing ‘First of the storm‘ attack in Paris, we have to wonder what we should be doing to make our country a safer place to live. Surely, it has to start with cleaning up the DHS of these possible terrorists and making sure that they have their procedures down so that this kind of event can be minimized.

What do you think? Can the DHS protect us? What should be done to improve security?

Let us know in the comments section below.

Here is the complete interview:

If you want to be ready in the event of a terrorist attack check out some of our other ReadyTribe.com posts: 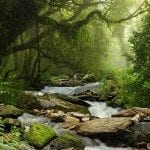 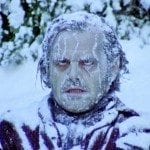