Karambit Knife Self Defense - Neutralize An Attacker With A Karambit 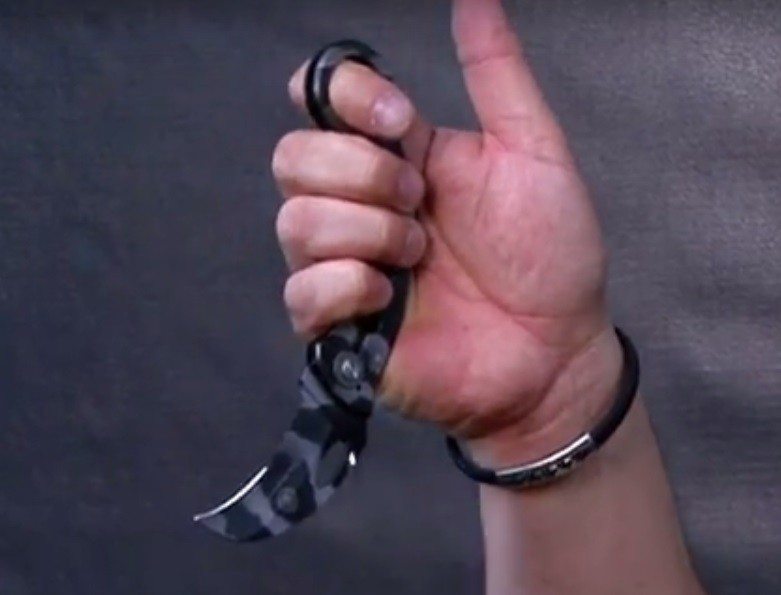 The karambit knife or simply karambit is a short-bladed weapon that originated in Indonesia. Modeled after the claw of the tiger, it consists of a short curved handle approximately the length of a man’s palm and a curved blade that varies from a few inches to up to six inches long. Practitioners of the Indonesian martial art, Silat still use the karambit (or kerambit as it is sometimes spelled) as a part of their practice.

With humble beginnings as an agricultural implement, the karambit has grown in popularity as its application as a weapon has spread. The karambit is currently used by Federal Air Marshals as a back-up defense in case someone tries to grab their firearm. In the west, most available karambits are based upon the Filipino variation which includes a shorter blade and an index finger guard. Fixed-blade versions are available as single or double-bladed knives, whereas folding karambits are single-bladed.

The value of the karambit in self-defense is the fact that it is somewhat concealed as a weapon and appears that its user is only throwing a punch rather than striking with a knife until it is too late. It can be used with a forward or backward slashing motion as well as a stabbing motion to inflict maximum damage. Traditionally the knife is gripped with the blade extending from the bottom of a clenched fist with the blade curving backward but occasionally forward and the index finger laced through the guard. Damage can be done with both the blade and the guard when striking an enemy. Because of the relatively short blade, multiple strikes can be made quickly, causing devastating damage.

It’s hard to really understand how effective fighting with a karambit can be without seeing it for yourself. Watch martial arts expert Doug Marcaida demonstrate its use.

Here is another demonstration from the Silat Combat Team.

If after watching these, you're still not sure whether the karambit can do enough damage to warrant inclusion in your self-defense plans, this should tell you all you need to know (warning - graphic images). If this discussion has piqued your interest in the karambit for self-defense, here are the best prices we've found.