We've all grown up thinking that banks are safe, but we all remember how the government in Cyprus bailed out the banks by essentially stealing peoples deposits.

Over night, money was taken for regular people's accounts — and very few saw it coming.

So when our banks aren't safe — where can you put your money?

Did you know that the federal reserve is nearly insolvent — with a capital ratio lower than that of Lehman Brothers when they went bankrupt?

Offshore banking, what is it?

Many people have heard about offshore bank accounts, but very few know what it is.

What is really the difference between having a US bank account and an offshore bank account in — let's say Hong Kong, Panama or the Channel islands? In Mexico accessing fast money would be called prestamos inmediatos.

Despite what some people think, having an offshore bank account is perfectly legal.

All though many people think of tax evasion or money laundering when hearing that you have an offshore bank account — maybe even drug money — there are many legitimate reasons for holding some of your money abroad.

In fact, it should be a natural part of your financial preparedness strategy, the same way buying real assets like gold and silver is.

Having an offshore account is about legally diversifying your portfolio, by spreading the political risk and putting your money in well capitalized foreign banks where they're treated better than here.

It's almost like an insurance policy. Even if the government here won't screw it all up, and the dollar won't be toilet paper — you're no worse off having an offshore account than a US one.

Here are some reasons why you should get an offshore account:

One of the biggest risks associated with having money in the bank is our own government.

The state debt is increasing, and governments are heading towards insolvency all over the west. They're barely keeping their heads over water while borrowing more and more money.

This political risk — the governments recklessness if you will — is jeopardizing your savings. If you have money in the bank, you will be an easy target once the government needs money.

The easiest way to diversify your political risk is to make sure you have some of your savings offshore, somewhere safe, where bureaucrats in your home country can't put their straw into your funds.

You never know what the next law, or attack on your privacy, will be. With an offshore account you're prepared for the worst.

Money you hold in a US bank can easily be frozen, confiscated or devalued over-night — and you can't do anything about it! Yes, your money can disappear over night.

In case of capital control, like we've seen in Greece and Iceland, an offshore account will make sure that you have access to your money — when you need it the most.

If shit hits the fan at home, you can keep your savings away from the madness.

In short: the banking systems in the US and most western countries are sick.

Your money isn't backed by anything except for hollow promises from insolvent and corrupt governments. Most banks only keep a fraction in cash, compared to the money they have on book.

Federal Reserve notes are not redeemable in gold, silver, or any other commodity.

If you actually want to get your money, it may not be possible.

In the event of financial instability, leading to bank runs, there may not be any money left to take out — regardless of what your bank statement is saying.

Choosing an offshore bank allows you to find a bank that isn't playing roulette with your hard earned savings. Your money will be better capitalized — backed — and the banks have a more conservative approach than here in the US.

Offshore banks aimed at foreign investors are typically modern banks, based on a sound banking system, where you will have online access, and the possibility to hold money in multiple currencies — which leads us to the next point on the list.

Having some assets in foreign currency is a great way to diversify and protect your portfolio. Protecting your money against inflation will protect your purchasing power, and make sure that your savings won't go down the drain with the US dollar.

Based on data from the American Bar Association, there are over 1.2 million lawyers in the United States. That's one attorney for every 254 Americans, which also makes some of the stunning statistics (and what a waste of resources) illustrated in the infographic below somewhat “logical”:

At these rates, you never know when you'll end up on the chopping board.

If you have some money saved up, you will be a target for lawyers and people looking for a quick turn-over and easy money.

You can never be fully protected against law suits, but an offshore bank account will make you a much harder target than someone who keeps their cash in the US.

If you're denied proper health care in the US, you will have the chance to seek and pay for medical care abroad.

Imagine a financial crisis, where you can't get healthcare in the US — but at the same time your assets are frozen due to capital control — how can you pay for healthcare abroad?

You can't — unless you have money in a foreign bank.

This is a big one.

For many, the main reason for having money abroad is to hide it from the government, and prevent taxes.

We're not promoting tax evasion here, but there is in fact a legal way for you to keep your money offshore — without reporting it.

Americans that have more than $10,000 or more in foreign financial accounts at any time during the year will have to fill out an FBAR (FinCEN Form 114).

Note that this is an aggregate sum of all your offshore accounts. Depite what many people tell you, spreading your money across multiple accounts won't help.

As long as this sum is less than $10,000 you can legally choose not to disclose it and maintain your privacy. 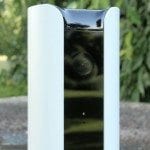 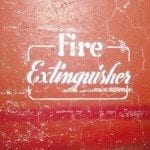