What often sets the ultra-wealthy apart from, well, the rest of us is that they seem to have some insane foresight into what’s going on in the world and what will be needed and when. That makes the fact that they’re buying (some impossibly cool) underground bunkers left and right a little frightening when you really think about it. They’re getting ready for something huge that’s about to go down… Are you also getting prepared? We can’t help but think they have some inside information

While preppers and survivalists have grown in numbers over recent years, preparing for everything from an Electromagnetic Pulse (EMP) to a zombie apocalypse, with sites catering to those prepping on a budget, and the U.S. government continues to stock their underground facilities for an extinction level event, another segment of society is preparing for ‘doomsday’ and how to survive it in style.

Billionaires are buying up space in underground bunkers, luxury bomb shelters, paying up to $35,000 just as an entry fee to the Vivos Indiana facility, but  the price tag for the Vivos Europa One facility, described as a “subterranean Noah’s Ark” will run you $3 to $5 million, and according to Robert Vicino, founder and CEO of survival prep company the Vivos Group, his clients range from top surgeons to movie stars to U.S. military colonels. Continue Reading 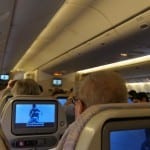 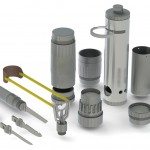