Although the norovirus outbreak is isolated to a Maggiano’s location in Bellevue, WA, it’s still worth being aware of since the restaurant’s parent company owns so many national chains. Even with the remote chance that you might get sick from eating out at a Brinker restaurant (the most notable chain being Chili’s) or any other eatery, you should still try and be prepared for any situation, whether it’s a foodborne virus or being forced to live without electricity for a month.

The suspected food poisoning occurred at a private event (the organizer of which is no doubt currently wishing they'd chosen Buca di Beppo instead). Lab tests have yet to confirm that it's norovirus, but in the meantime the restaurant's food handling license has been suspended.

Maggiano's, which is owned by Chili's parent company Brinker, issued a statement that read in part:

Last Wednesday, Maggiano’s became aware of a party that reported illness after visiting our restaurant in Bellevue two days prior, on Monday, January 18. We immediately reported this potential issue to the King County Health Department, and have been working closely with them to thoroughly investigate. To date, we have no confirmed diagnosis of a food-borne illness, and no other reports of any guest outside of this single party becoming ill. Continue Reading 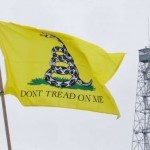 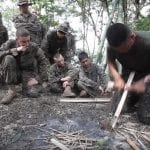