The reports notes that the annual global investment in new renewables capacity, at $266 billion, was more than double the estimated $130 billion invested in coal and gas power stations in 2015.

For the first time, developing world investments in renewables topped those of developed nations.

China, India, Brazil and other developing countries committed a total of USD 156 billion in new renewables capacity last year, up 19 per cent from the 2014 figure.

Much of the record-breaking developing world investments took place in China (up 17 percent to $102.9 billion, or 36 percent of the world total).

Other developing countries showing increased investment included India (up 22 percent to $10.2 billion), South Africa (up 329 percent to $4.5 billion), Mexico (up 105 percent to $4 billion) and Chile (up 151% to $3.4 billion). Morocco, Turkey and Uruguay all joined the list of countries investing more than $1 billion.

Investments by developed countries were down 8 per cent in 2015 to USD 130 billion.

Europe was down 21 percent, $48.8 billion in 2015, the continent’s lowest figure for nine years despite record investments in offshore wind projects.

The United States was up 19 percent to $44.1 billion, and in Japan investment was much the same as the previous year at $36.2 billion.

How are you personally contributing to the renewable energy  trend? How will you survive whether or not the government is there for you?

Some food for thought. 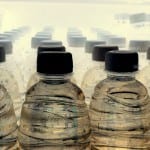 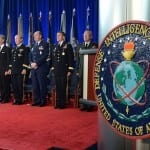