According to a new report by the International Renewable Energy Agency(IRENA), doubling the share of renewables in the global energy mix by 2030 could save up to $4.2 trillion annually. This amount is 15 times way more than the actual costs needed to make it all happen.

This doubling would also create more jobs, boost economic growth and save millions of lives through reduced air pollution. It would also put the world on track to keep the rise of temperatures within 2°C, in line with the 2015 Paris Agreement.

The Roadmap for a Renewable Energy Future, which was released at the Berlin Energy Transition Dialogue, suggests options to help the world boost the share of renewable energy in the global energy mix from just over 18 percent currently, to as much as 36 percent by 2030.

One key recommendation is to spread the renewable energy efforts in three culprit areas that are lagging behind on that front: transport, building and industry.

This second edition of IRENA’s global roadmap broadens its analysis to cover 40 countries, representing 80 percent of global energy use. According to the report, great strides have been made to increase renewables in the power sector, which is on track to generate roughly 30 percent of the world’s electricity by 2030 (up from 23 percent today). If a doubling is achieved, this share would grow to more than 50 percent. There is also great potential to increase renewables in transport, buildings and industry, but these sectors are currently lagging behind, says Amin.

“The energy transition is well underway in the power sector, but to reach global climate and development targets, the next phase will require more focus on transport, heating and cooling,” said Director of IRENA’s Innovation and Technology Centre Dolf Gielen. “If a doubling is achieved, these sectors would account for roughly half of renewable energy use in 2030 and so must scale-up dramatically to meet that target.”

Under existing national plans, the global renewables share would only reach 21 percent by 2030. To achieve a doubling, the annual rate of renewable energy deployment would need to happen six times faster via an average annual investment of $770 billion up to 2030. This would increase the cost of the global energy system by roughly $290 billion per year in 2030, but the savings achieved through this doubling are up to 15 times higher than this cost, states the report. 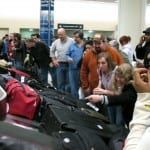 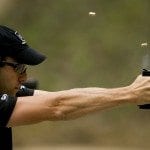