Seems like the water contamination woes are sadly only beginning.

This time it’s Amherst on the hot seat as the latest community found with contaminated water. And it’s pretty much a dejavu because it involves a former Textiles Coated International (TCI) plant.

State officials have detected disturbing levels of PFOA in four private wells within half-mile radius of the former plant at 105 Route 101A. Actually the PFOA levels are above 100 parts per trillion meaning they are are more than just disturbing.

This is the same chemical that was found recently in private wells in Merrimack and Litchfield near Saint-Gobain Performance Plastics.

“I don’t think I am necessarily surprised by these results,” said Jim Martin, public information officer with DES. “This is all happening very quickly.”

According to Martin, DES began sampling some wells near TCI in Amherst based on the company’s prior use of perfluorochemicals.

“We approached this facility with probably the same way that we approached Saint-Gobain, given the fact that we knew they did very similar processes,” said Martin.

According to its website, TCI is an American manufacturer of high-performance fluoropolymer films, laminates and composites.

State officials say the TCI plant in Amherst operated from 1985 to 2006. The company has had a manufacturing facility since 2005 at 200 Bouchard St. in Manchester, on the east side of Manchester-Boston Regional Airport.

Owners of the four properties — three residential and one commercial — are now being offered bottled water, according to Martin. The highest PFOA level among the four parcels was 620 ppt. The federal advisory level is 400 ppt.

According to Martin, DES began sampling some wells near TCI in Amherst based on the company’s prior use of perfluorochemicals.

All this comes less than a week after the department published a list of 44 sites in New Hampshire where PFOA and similar compounds have likely been used over the years.

Time to figure out your own water purification techniques at home to keep your family safe. 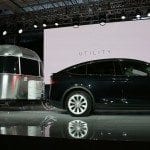