Everyone in this day and age needs energy. But in most parts of the developing world, it is scarce. In the developed world, the challenge is particularly that it needs to be cleaner and more renewable.

But what’s the one thing that the entire world has in abundance? Wastewater.

And think about human waste i.e. urine. To which every single human being has access.

What if we could generate energy from it?

Well, if you didn’t know, now you do. Scientists are already generating electricity from urine. Microbial fuel cells have been in testing mode for a while now. They rely on bacteria to generate electricity. Even though the power output is still too small to arrange a cocktail over, it means great things for the future.

Microbial fuel cells are getting attention because they can work at room temperature, use naturally occurring bacteria and produce little harmful waste. In such a cell, bacteria release electrons by breaking down organic materials such as the urea in urine. The fuel cell can turn these electrons into a usable current running from an anode (which contributes electrons) to a cathode (which accepts them).

Cathodes often contain platinum to speed up the process, but the British scientists found that they could cut costs by substituting carbon cloth and titanium wire—with the addition of a catalyst made of glucose and egg protein, both typical constituents of food waste. Doubling the electrode length increased output 10-fold, as did stacking three of the little fuel cells one on top of the other, the scientists said.

Each fuel cell produces less than a millionth of a watt from two or three drops of urine. Due to this, skeptics doubt that urine-powered fuel cells will ever catch on.

But Ioannis Ieropoulos, one of the authors of the new paper, has already powered a cellphone with an array of urine-fueled cells. Mirella Di Lorenzo, another of the authors, says that urine-powered fuel cells aren’t designed to compete with other forms of renewable energy but to exploit a ubiquitous waste product.

We can only hope that it will eventually be scalable enough to put electricity in anyone’s hands and make survival in the hardest times way more possible. 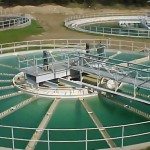 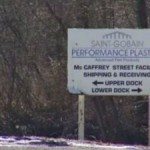