Did you know that 30% of the food we produce never gets eaten? It goes to waste!

Today, we are actually producing enough food for everyone on the planet, yet one in nine does not get enough food to live a healthy active life (it happens here in the US too — it’s not just “hungry kids in Africa”).

What are we doing wrong?

One of the bottlenecks is distribution and logistics (yet we usually blame global warming). Transporting the food to the ones that need it is the hard part, and that’s where we need to improve. Some food has to be thrown away due to delayed shipments, tolls and customs, wrong papers and other bureaucracy.

So the human managed food business is far from perfect, but much of the loss actually happens after the food has been purchased and put in your fridge.

Our food waste per person has risen by 50 percent since 1974!

What can you do

Solving the world’s hunger problems isn’t something you and I can go out and fix today — nor is it the purpose of this short article.

There are some things you and I can do though.

By doing the small things in your own household, you can save money, make your food last longer, and it will help you conserve food in an emergency — and if we all do it, it will over time make a difference.

We have an entire section on our site devoted to food and conservation.

Putting it all in perspective

This video from Visually puts it all in perspective.

Food Waste – A Story of Excess

http://visual.ly/food-waste-story-excess Half of the food produced in the United States is wasted between the farm and the fork, discarded as result of the inefficiency in the human managed food chain. 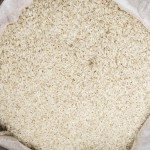 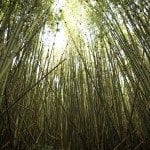