The widespread national conversation regarding prepping has been going on for a couple years now – it wasn’t that long ago where only preppers themselves were the only people who knew about this lifestyle. However, as more people understand the risks in our world and that it’s probably not going to take much for the global event to begin, the discussion about what is and isn’t legal in prepping is getting louder and federal government officials are starting to take notice.

As people who spend a lot of time focusing on preparedness, we can learn a lot about our future by watching as the economies and civilizations of other Western countries crumble.

Today’s lesson is that when times get tough, the government can and will persecute those who have planned ahead.

The Attorney General of Venezuela, Luisa Ortega Díaz, called on prosecutors to target people who are “hoarding” basic staples with serious sanctions.

She called on prosecutors to seek their detention.

The attorney general called on people to remain calm, not to fall for provocations, and not to be afraid of the “alleged” food shortage. Continue Reading at Minutemen News 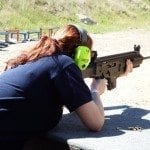 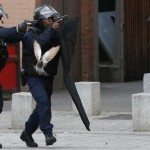