This is one of the most credible doomsday scenarios we all have in the back of our minds.  The eruption of the Yellowstone super volcano spreading choking ash and debris over the entire United States, causing the sky to go dark in a nuclear winter and essentially killing just about everything on the planet.  Sound familiar?  Unfortunately, the likelihood of this event occurring during our lifetimes, or our children's, may have just increased.  European scientists have recently said that the planet is in a “Volcano Season” and there is a 10% chance that we could see a mega Yellowstone eruption within the next 70 years.

There is no way to prepare or cope with a natural disaster of this magnitude.   We can only hope that the scientists are incorrect about their time frame, and the eruption doesn't occur for many thousands of years.  Either way, I'm still stocking up on canned goods and batteries, because I plan on riding this thing out. 😉

Yellowstone is a supervolcano, with a caldera 35 miles wide. If it were to erupt, the entire state of Wyoming could be destroyed. Much of several neighboring states would be quickly buried in ash. Crops, livestock, people, and waterways would be entirely destroyed. Ash would fall for thousands of miles, and possibly around the world. Aerosols would disperse in the atmosphere, cooling the planet for years, possibly decades. A mini-ice age would result as snow falls and never melts.

Read More About The Threat Of A Yellowstone SuperVolcano Eruption Here. 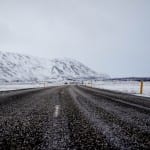 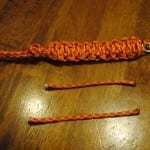