There’s no doubt in anyone’s mind – IS has been increasing their attacks on western targets around the world. The terror group is amping up and plotting terror attacks all over. And in what seems to be a baffling move – the Canadians are pulling out.

Stephane Dion – Canada’s minister of Foreign Affairs – made the announcement that Canada’s combat mission against IS would end in a matter of weeks. This comes as the latest attack claimed by the terrorists in San Bernardino claimed the lives of dozens of Americans.

The Liberals campaigned on a vow to end to withdraw Canada’s CF-18 fighter jets from the region, ending a combat campaign that began a year earlier. But in the weeks since the Oct. 19 election, the CF-18s have continued to strike at ISIS targets, including four raids in the first five days of December.

But Dion suggested that the Liberals have delayed action on the election promise to consult with coalition partners on their plans for Canada’s next step.

So our northern neighbors aren’t pulling out completely but there’s no concrete steps on what they’ll do next. What we do know is that they won’t be bombing the desert to hell anymore. Do you think this is a good move on Canada’s part? How will this affect the mission in the middle east?

Only time will tell, but hopefully this move doesn’t make things worse. 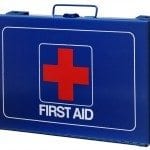 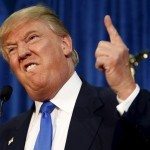