Are You Fit Enough To Be Ready? Why You Need To Be Focusing On Functional Fitness 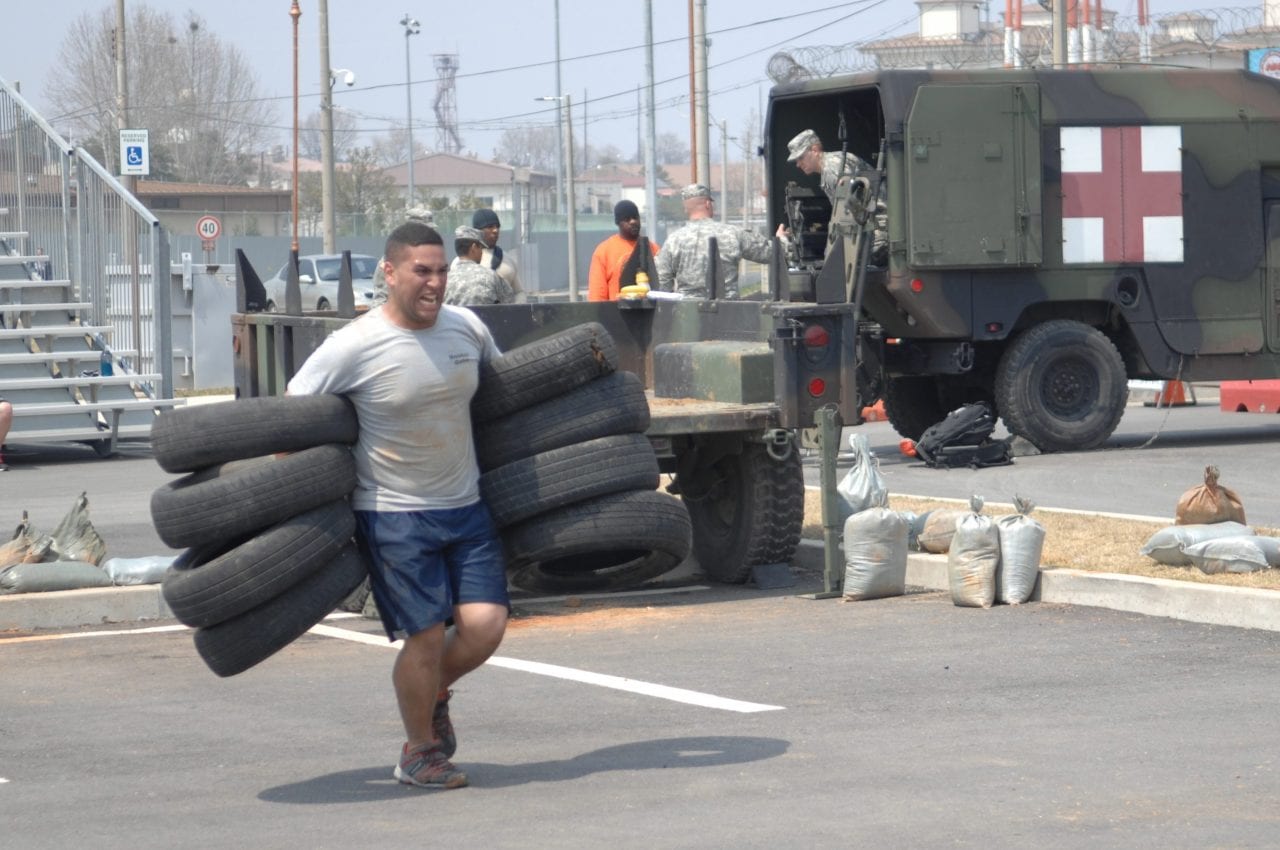 All of the preparations and stockpiling in the world won’t help you if, in the event of an emergency, you’re not physically able to meet the demands of the situation at hand. Imagine having to dig a family member out of a mudslide, stacking countless sandbags in advance of a flood, carrying a pack and a child while hiking away from an approaching fire…you get the picture. If you’re not functionally fit, you’re leaving a major hole in your preparations.

While functional fitness has become a bit of a buzzword in fitness circles, there hasn’t been enough focus in the readiness community on it. Simply put, functional fitness is a description for exercises and training that mimic potential real world situations where your strength and endurance are tested in ways that are different than most traditional gym workouts.

Jeff Kuhland writing for BreakingMuscle.com describes it this way, “It’s great to be gym fit, to be able to perform pull-ups, endless sit-ups, and deadlift 400 pounds. But what can you actually do with this fitness? Are you able to pick up a couch, run to catch a bus, climb on top of something, explore nature, or compete in a trail race? Better yet, can you drag a 100lb deer out of the wood for two miles over varied terrain?”

If you think about most exercises performed in a gym, they are designed to work a muscle to failure in isolation. On one level, this makes sense because is the most efficient way to spur muscle growth. In fact, enlisting helper muscles in most lifts is called “cheating.” Here’s an example of an exercise that isolates the target muscle called a Preacher Curl, named after the bench that is used to stabilize the arms and isolate the biceps.

The problem is that in real world situations, you rarely perform a task that uses only a single muscle in isolation. The other problem is that when you train this way, you are likely neglecting the many stabilizer muscles that help carry the load and allow you to do lots of valuable things, like twisting your back after you lift that 50 pound bag of dog food onto your shoulder. This is one of the reasons that even though someone who outwardly appears strong, or fit, can be injured performing a seemingly mundane physical task.

One of the best things about getting started with functional fitness is that it requires little or no equipment and your body supplies all of the weight that you need. Greg Roskopf, a biomechanics consultant who has worked with professional athletes from Denver Broncos, the Denver Nuggets, and the Utah Jazz said in a recent interview with WebMD.com that, "Most people can't even control their own body weight. They can't do a one-legged squat without falling over."

You'll have trouble finding someone who has done a better job of mastering functional fitness than Al Kavadlo. Here's a video from Al walking you through five essential body weight exercises that you should consider adding to your routine. The nice thing about this video is that after demonstrating the exercises, he shows you a modified starting exercise that you can use until you can build up to doing it with your full body weight.

For those of you who could use some help getting started, our friends over at www.NavySeals.com have created a special offer for ReadyTribe readers where you can try out their online training, SEALFit for only $1 for the first 30 days. Each day you get four different workout options plus access to their extensive video library, coaching forum, and access to the community all led by certified SEALFit coaches. Check them out here.

If you start working on becoming functionally fit, you'll be better prepared when an emergency comes along and you'll be getting physically and emotionally healthier along the way. That's a current payoff while preparing for the future - ReadyTribe style.