If you ask anyone where the next big earthquake is likely to occur, 99% of the time the response will be California, or maybe some other nation on the so-called “Ring of Fire”.  But would you believe that Oklahoma has the most seismic activity of any of these locations.  According to the Oklahoma Corporation Commission, which regulates the gas and oil drilling in Oklahoma, the state can have dozens of small earthquakes every day.  The US Geological Survey is blaming this outbreak of earthquakes over the last decade on oil & gas fracking.

“Deep injection of wastewater is the primary cause of the dramatic rise in detected earthquakes and the corresponding increase in seismic hazard in the central U.S,” it concluded.

Most of these quakes are low in magnitude, however recently the area has had some quakes in the 4.7 range which caused no significant damage.  However a 5.0 earthquake is strong enough to do significant damage to an area that is ill prepared for seismic activity.   So is this oil fracking going to cause the earth to open up and swallow all of Oklahoma?  Not likely, but it’s slightly disturbing that our search for fossil fuels could possibly be doing so much damage miles under our feet that it’s causing massive earthquakes.  If you live in Oklahoma, you may want to have an emergency supply kit, just in case the “big one” hits and you’re without water and electricity for an extended period of time.

A TV station reported that the 4.7 quake was centered near Cherokee, 20 miles south of the Kansas state line. The region affected by the quake includes the Wolf Creek nuclear power plant.

There were at least four earthquakes in Oklahoma on the same day, News 9 reported. The quakes were reported around Norman, Enid and Oklahoma City.

Subsequently, the OCC said it would require the ending of operations of two oil and gas wastewater disposal wells in the Cherokee area.

Earthquakes have now become so common in Oklahoma that TV meteorologists now give reports on them with the nightly news, The New Yorker reported. Despite the numbers, seismologists know little about earthquakes and fracking.  Read more about this earthquake issue.

What’s your thought about fracking?  Is it harmless, or will it cause a major seismic catastrophe at some point in Oklahoma’s future? 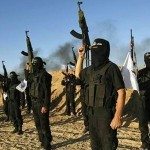 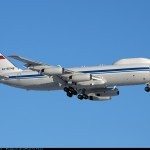