While a large majority of the 600,000 deaths linked to extreme weather have taken place in impoverished areas around the world, you shouldn’t let that rule out wherever you live as the next location where a violent storm strikes. And with things like the Super El Nino beating on California’s doors and the recent state of emergency in Washington happening these days, even places that are normally considered to have mild weather are seeing forceful weather patterns. Make sure to stay safe out there and be prepared for whatever might come your way – the thing that catches you and your family off guard might not be an intruder or group of people but some clouds you didn’t see coming.

GENEVA — Weather-related disasters in the past two decades have killed more than 600,000 people and inflicted economic losses estimated at trillions of dollars, the United Nations said on Monday, warning that the frequency and impact of such events was set to rise.

The figures were released before a United Nations-backed climate meeting, starting next Monday in Paris, at which more than 120 national leaders will try to rein in greenhouse gas emissions and slow the rise in global temperatures.

According to the report from the United Nations Office for Disaster Risk Reduction, the United States has had the highest number of weather-related disasters in the past two decades, but China and India have been the most severely affected, enduring floods that had an effect on billions of people. 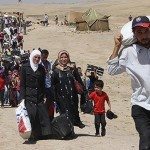 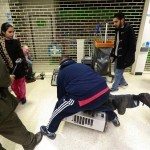