Yes, it sounds a little bit crazy because conventional wisdom dictates that wind energy is best, if not only, generated by blades rotating in the wind.

But it was also conventional wisdom that told us that the earth was flat.

So away with it for now.

It’s the same thing two designers from Tunis did in order to come up with a bladeless non-rotating wind energy converter that is inspired by the sailing boats of Ancient Carthage and the movements of birds and fish.

The Tunis-based startup, Saphon Energy, says that their aerodynamic bowl-shaped sail is capable of generating twice as much wind energy over the same area as a conventional turbine while reducing the risk to birds and other wildlife and producing far less noise.

The bladeless design uses a non-rotational sail-shaped body combined with a wind converter that follows a figure of eight pattern in the air.

All wind turbines are subject to the Betz limit of capturing 59 percent of the energy from wind, but its developers say the Saphonian is quite capable of surpassing this limit because it is bladeless, making it far more efficient than traditional turbines.

Saphon Energy says the Saphonian will be able to convert wind to energy at around 80 percent. Its lower cost could make it an attractive source of off-grid energy in developing countries.

The turbine is expected to cost less than traditional ones making it ideal for developing countries.

The innovation has also ready won the startup the 2015 Gulfstream Navigator Award as well as funding and technical support from Microsoft.

It will definitely revolutionize the wind energy sector once all is up and running.

Let’s hope they can scale up the design and get it to people’s homes as soon as possible. 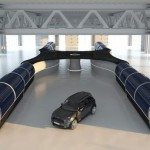 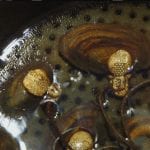