Wildfire Preparedness - How To Survive 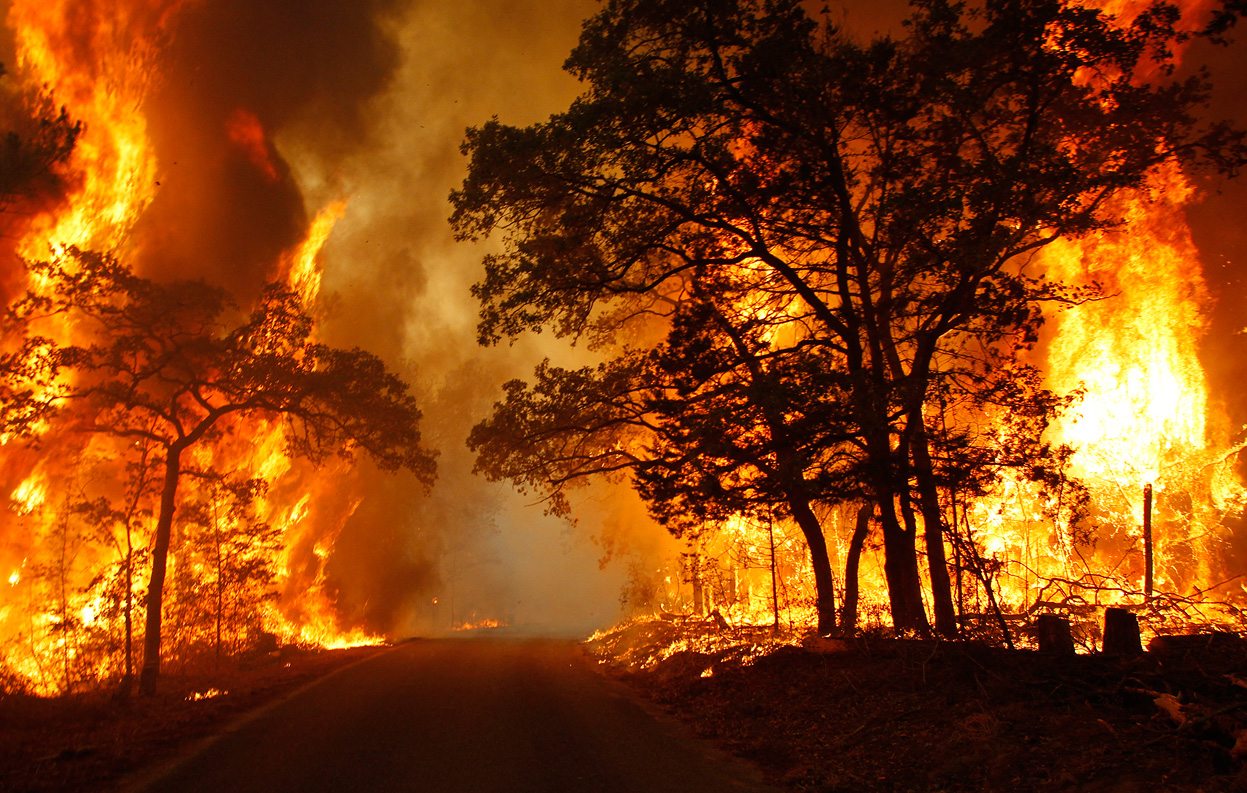 Survival means being able to hold your own no matter what the situation. It’s not just about the zombie apocalypse or when SHTF politically. It’s about mother nature taking her frustrations out on the world, too.

Sometimes, you just can't extinguish a fire... So, would you be ready if a wildfire broke out near your location?

The first thing you need to do is know how to make yourself a defensible space. If you live near trees or other plant life it needs to be managed and cleaned, decreasing the burnable area in immediate proximity of the home.

This will give you a nice buffer area that isn’t highly flammable and dangerous around your house. How much you need to clear depends on your particular situation, but keep in mind on flatlands fires distribute more gradually. On sharp slopes higher winds may help fan the flames more intensely, creating spot fires.

Beyond mere plant-life and trees, there’s fuel you’ll need to worry about. If you live or have a place out in the wilderness you probably have backup sources of energy/fuel. Make sure they are stored safely and are easily movable in case of on-coming fires.

In The Heat of It All

What if you’re coming face to face with a wild fire? Well, first and foremost KEEP CALM.

Next, make sure you’re able to breath. Smoke gets thick in wildfires and spreads out, making it hard to breath. This is probably the most important thing you can do for your survival.

The best thing to do? Stay low to the ground.

So, the geniuses over at WikiHow tell you to put a wet cloth over your nose and mouth. But that's actually WORSE for you. It's more likely to cause damage to your lungs.

And despite what WikiHow tells you, don't take refuge in a vehicle if you're stuck in a wildfire - unless your plan is to drive the fuck away from the fire.

The best course of action is to get the hell outta there – no question (and we’ll get to that). But sometimes you’re trapped and need to survive in the heat of it all.

How to Survive a Wildfire

Your best bet is to look for open water like a river. Fire will not burn across water, so you can either take refuge in the river or use it as a barrier between you and the fire. Just make sure it’s not a narrow creek with overhanging trees – that’s trouble.

Pavement also makes a good barrier – again, depending on the width of the road you’re near. If you’re trapped lay face down in a ditch on the far side of the road, or on the pavement as far away from the fire as possible. One more time – narrow roads and ones with overhanging trees are NO GOOD.

Really though, if you can't find a body of water you need to dig down to bare earth. Make sure you're getting rid of anything that might burn. Dig until you're left with nothing but BARE EARTH.

Last thing to do - protect yourself. If you’ve got a wet blanket or clothing they’re very useful but you can also cover yourself with soil or mud to help keep cool in the intense heat.

If you've got a wet blanket here's what you want to do.

If you can't out run it or find water, the above steps are your best shot at surviving a wildfire.

At this point it's all about oxygen preservation (and dirt has oxygen). You're more likely to die from frying your lungs with super heated oxygen than you are from burning alive.

If you’re able to make an escape attempt, you should. Getting out of harm’s way is obviously your best chance at surviving.

You should plan out three different escape routes and determine the best one when the situation arises. Since you’ve already planned out 3, if the situation changes you can adjust.

The idea is to head for non-flammable terrain. Get to the biggest place you can find that is not likely to burn up in the wildfire’s flames. This includes places that don’t have a ton of trees, bushes or grass. At all costs, avoid high-burn areas. Places with lots of plant life are always ripe for burning. Also stay away from canyons and saddle-like ridges.

At the end of the day, the best way to increase your chances of surviving a wildfire is to have a solid plan in place and make the preparations necessary to stay safe. Don’t take it lightly because one day it might be too late. If you live in an area that’s susceptible to wildfires, get your ass ready!