Imagine a large machine that can purify gallons of water and at the same time generate electricity – as well as create WIFI connections.

Now stop imagining because it does exist.

All thanks to one Marco Attisani.

You see, Marco envisioned a machine that could solve three large challenges that all cities face: access to clean water, electricity and internet.

With dirty water and a lot of sun, the machine can run smoothly.

The current prototype looks like a large H-shaped tent and weighs about 15 tonnes. Attisani says the H-shape allows it to follow the sun throughout the day.

Watly can service a community of up to 3000 people. After an initial cost of about $451,528, it can run for free for close to 15 years. In that time, it can provide access to 3 million litres of clean water annually, electricity for thousands of devices and WIFI to a kilometer-wide radius.

The machine has been in development since 2013.

After a successful trial in Ghana, the company won $ 2,257,640 in funding from organisations including Horizon 2020 and European Pioneers. It is currently looking for a a further $ 75,000 via Indiegogo.

Attisani will release the first working prototype in the summer of 2016.

The innovation in Watly, which makes it different from other devices that purify water, is the use of graphene and aerogel.

“We use the graphene to absorb hydrocarbons from the water,” said Attisani. “It’s very easy to divide physical substances from water. But the beauty of Watly is that it can purify any source of contamination.”

The innovation that most excites Attisani isn’t the water purification, but the ability to generate internet access without a power station. “That’s the future,” he said. 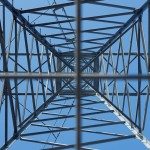 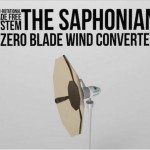