I guess we've all asked ourselves questions such as “how many grains of sand are there in the world?”, “How much water is there?” or in this case “How many trees is it really on the earth?”.

A team of scientists from 15 nations, led by Yale university, actually set out to find an answer to the latter — and I'll let the results speak for themselves.

According to the study, there's currently 3 trillion (3 thousand billions) trees on the planet — which is about 7.5 times what we previously estimated.

To better understand the amount we're talking about here: that's a small forest of about 413 trees for each person on earth — using the latest population estimates (7,364,719,723)

We have all heard about deforestation and how trees are cut down in the rain-forests to make room for urban developments and agriculture, and this study confirms this.

Though 3 trillions is a very large number, it used to be way more trees. In fact, since the dawn of modern civilization, the total number of trees have been slashed in half (46%).

How was the study conducted?

When I first heard about this, through a summary at CNN, it wasn't the number itself that fascinated me the most — I asked myself: how can you count the number of trees?

The researchers have obviously not counted each tree, but they have utilized satellite imaging, supercomputers and forest inventories to map tree populations on a square kilometer level worldwide.

The highest densities of trees were found in the boreal forests in the sub-arctic regions of Russia, Scandinavia, and North America. But the largest forest areas, by far, are in the tropics, which are home to about 43% of the world’s trees. (Only 24% are in the dense boreal regions, while another 22% exist in temperate zones.)

The most comprehensive study of trees ever done

The study, published in the scientific journal Nature, is one of the most comprehensive assessments of tree populations ever done.

This isn't just a trivial question. The results allow scientists to improve their models of large scale systems, especially within climate change research and carbon cycling.

A statement published by Yale on their news blog reads:

“Trees are among the most prominent and critical organisms on Earth, yet we are only recently beginning to comprehend their global extent and distribution,” said Thomas Crowther, a Yale Climate & Energy Institute postdoctoral fellow at the Yale School of Forestry & Environmental Studies (F&ES) and lead author of the study.

“They store huge amounts of carbon, are essential for the cycling of nutrients, for water and air quality, and for countless human services,” he added. “Yet you ask people to estimate, within an order of magnitude, how many trees there are and they don’t know where to begin. I don’t know what I would have guessed, but I was certainly surprised to find that we were talking about trillions.”

You can read the full study here (external pdf). 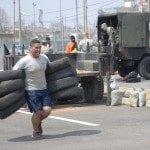