The Next Pandemic Could Take Out An Entire Generation 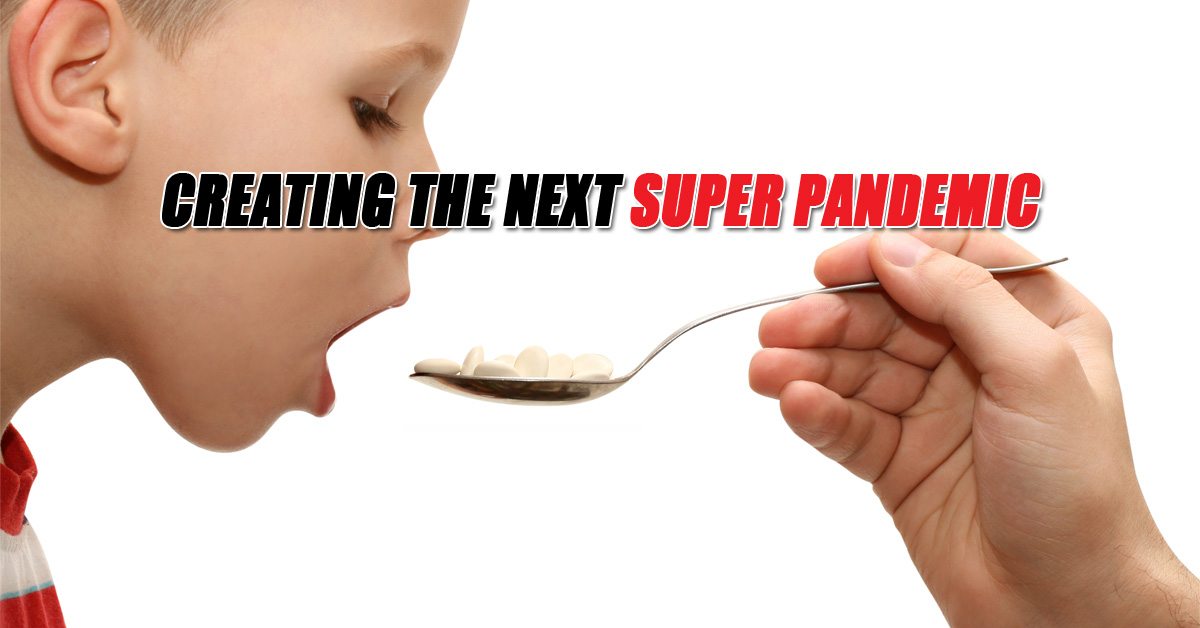 Its become a common practice in the Livestock Industry to feed antibiotics to healthy animals.  This is a preemptive measure that promotes growth and decreases the potential of the spread of disease among the animals.  This sounds like a good practice, however, there could be major long term consequences that put our future generations at risk.

A new report from the American Academy of Pediatrics (AAP) says that the unnecessary use of antibiotics in our livestock is decreasing the effectiveness of medicines used to treat life threatening illnesses.

The report, "Nontherapeutic Use of Antimicrobial Agents in Animal Agriculture: Implications for Pediatrics," calls antimicrobial drug resistance a growing public health crisis and points to a common farming practice as a contributing cause. According to the AAP, adding antibiotics to the feed of healthy livestock to promote growth, increase feed efficiency or prevent disease among herds in crowded conditions often leaves the drugs ineffective when they are needed to treat infections in people. - See more at: https://www.aap.org/en-us/about-the-aap/aap-press-room/pages/AAP-Highlights-Danger-to-Kids-From-Antibiotics-Use-in-Food-Producing-Animals.aspx#sthash.N6QYtZZG.dpuf

According to the Center for Disease Control and Prevention's Foodborne Diseases Active Surveillance Network and Federal statistics from 2013 over 2 million Americans are affected by antimicrobial-resistant infections each year resulting in 23,000 deaths.  What's more alarming is this seems to be more prevalent in children under 5 years old.

"Children can be exposed to multiple-drug resistant bacteria, which are extremely difficult to treat if they cause an infection, through contact with animals given antibiotics and through consuming the meat of those animals," said lead author Jerome A. Paulson, MD, FAAP, the AAP's immediate past chair of the executive committee of the Council on Environmental Health. - See more at: https://www.aap.org/en-us/about-the-aap/aap-press-room/pages/AAP-Highlights-Danger-to-Kids-From-Antibiotics-Use-in-Food-Producing-Animals.aspx#sthash.N6QYtZZG.dpuf

For many years scientists have warned about the overuse and unnecessary use of antibiotics with humans, and the dangers of creating "super bugs" as a result.

Superbugs are strains of bacteria that are resistant to several types of antibiotics. Each year these drug-resistant bacteria infect more than 2 million people nationwide and kill at least 23,000, according to the U.S. Centers for Disease Control and Prevention (CDC). Drug-resistant forms of tuberculosis, gonorrhea, and staph infections are just a few of the dangers we now face. -https://newsinhealth.nih.gov/issue/feb2014/feature1

Logic should dictate that this warning should also be heeded by the livestock industry.  Feeding animals antibiotics because they "could" get sick is a cost cutting measure used by mass producers to protect potential profit loss.  The few bucks that are being saved by the livestock industry is being taken out of your pockets in the form of serious health risk, increased health care costs and potentially detrimental consequences to our food supply.

“Bacterial infections that were treatable for decades are no longer responding to antibiotics, even the newer ones,” says Dr. Dennis Dixon, an NIH expert in bacterial and fungal diseases. Scientists have been trying to keep ahead of newly emerging drug-resistant bacteria by developing new drugs, but it’s a tough task.

Supperbugs are no joke, imagine a viral bacteria spreading across the planet that is resistant to all known antibiotics.   The risk of this happening increases as long as measures are not put in place to curtail the indiscriminate use of antibiotics.

What can you do?

All is not lost.  In fact, there are many things we can do now to help maintain the effectiveness of our medicines for future generations.

Microbiologist Hosam Zowawi is optimistic that we can make a difference. “Even if we have new antibiotics, bacteria will figure out a way to overcome them,” he says. “But if I wasn’t optimistic, I wouldn’t be doing this. I think we can tackle this.”