Although it has yet to happen, a mass shooting on a jam-packed Los Angeles freeway could be one of the worst situations imaginable. Not only will people be stuck in potentially explosive vehicles, but they’ll have practically nowhere to run and first responders won’t have much recourse on getting to the shooting site. If the recent San Bernardino shooting proves anything, it’s that we have to be more vigilant and aware than ever before.

There are few places where Southern Californians feel more trapped than on a freeway in gridlocked traffic.

One of the San Bernardino shooters and his longtime friend talked about taking advantage of this vulnerability by launching a terrorist attack on a clogged freeway using guns and pipe bombs, according to court records released last week.

Syed Rizwan Farook and Enrique Marquez Jr. mapped out the attack plan of the 91 Freeway in detail and collected weapons and explosives in 2011 and 2012, only to abort the plot, the charges say. Continue Reading 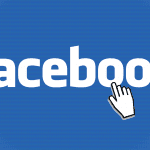 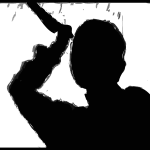