Our Take: While we're not going to pretend to understand the ins and outs of foreign affairs, the fact that once again our Government is saying one thing and doing another just continues to reinforce the need for readiness and vigilance.

The Intercept has obtained a cache of secret documents detailing the inner workings of the U.S. military’s assassination program in Afghanistan, Yemen, and Somalia. The documents, provided by a whistleblower, offer an unprecedented glimpse into Obama’s drone wars.

“From his first days as commander in chief, the drone has been President Barack Obama’s weapon of choice, used by the military and the CIA to hunt down and kill the people his administration has deemed — through secretive processes, without indictment or trial — worthy of execution. There has been intense focus on the technology of remote killing, but that often serves as a surrogate for what should be a broader examination of the state’s power over life and death.”

The whistleblower who leaked the drone papers believes the public is entitled to know how people are placed on kill lists and assassinated on orders from the president.

New details about the secret criteria for drone strikes and how the White House approves targets.

The tip of the spear in the Obama administration’s ramped up wars in Somalia and Yemen was a special operations task force called TF 48-4.

A secret Pentagon study highlights the chronic flaws in intelligence used for drone strikes in Yemen and Somalia. 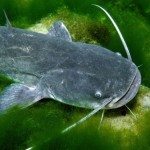 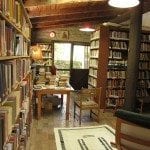