We’ve previously talked about Morse code and why it’s an essential skill for survival. In this article we’ll take a look at how you can use a signaling mirror to communicate over a long distance. Further down, we’ve added a video showing you exactly how to use it.

A small mirror (you should have one in your backpack) is the ideal, as it’s highly reflective. These mirrors, which are made for signaling, will have a retroreflective material which allows you to see through the “dot” and aim for the target where you’re signaling.

With a signaling mirror you can do Morse code, or just flash the mirror to show your location or indicate that somethings up. The flashing can be seen from long distances, and can be used to signal to boats at the sea, far away buildings or small airplanes.

What if I don’t have a signaling mirror?

If you don’t have one — I suggest you get one.

You can use a polished piece of metal or some other reflective surface — though I highly recommend that you get a proper mirror. Packing a small mirror like in the video below doesn’t take up any room at all — and it’s far better than other ad-hoc solutions.

The signaling mirrors we’re looking at today are both inexpensive (we’re talking 5$ here, add a signaling flute and you might hit 10$), and they come with instructions on how to properly use them on the back. The larger one is from Ultimate Survival Technologies called the Starflash, and the smaller one is from Adventure Medical Kits called Rescue Flash. They’re in principle the same, but I prefer the smaller one for packing in my backpack — and it also has a better retroreflective material.

Both the mirrors are made out of Lexan, a trademark for a particular kind of Polycarbonate. It’s highly reflective, and tough to scratch or break.

A video showing you proper use of a signaling mirror

How to Use a Signal Mirror

http://www.survivalnewsonline.com/2011/11/19/how-to-use-an-emergency-signaling-mirror/ SnoMan demonstrates the use of two popular brands of signal mirror, the Rescue Flash and the Star Flash. Can he use Morse code to get rescued? Watch this hilarious — yet very informative — video to find out! And be sure to read the complete review and comparison at the Survival News Online Blog.

You can pick up the mirrors here:

At Amazon you can grab most of the essentials you need in your survival kit (signaling equipment, radio, and other small stuff) for 50-100$, which I highly recommend. You never know when you’re going to need it.

Featured image showing a 1940s signaling mirror, from flickr user ‘Signal Mirror’ (CC). The United States developed the B-1 emergency signaling mirror (signal mirror) in late World War II, and production was started in 1945, but they did not reach the troops before the war ended. The B-1 used a ring of red retroreflective “ScotchLite(TM)” material around the sighting hold to create a red round virtual image of the sun focused at infinity as a “red dot” sight. The next generation of US military signal mirrors to be developed was the Mark 3 with the retroreflective mesh aimer, in 1949. 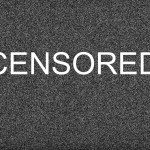 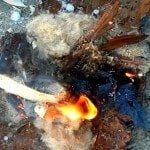