If you live in Highland Park, IL, and were hoping to sometime soon get your hands on an assault rifle, there is some bad news. The Supreme Court pretty much didn’t even listel to the argument, which had a goal of removing the ban against assault weapons and high-capacity magazines. The speed in which they made the decision is worth worrying about, too. If you have an interest in guns as this might stand as the country’s governmental turning point against guns altogether.

Finally, a win for some sort of gun control.

The Supreme Court Monday turned away a challenge by gun advocates to a law banning semi-automatic assault weapons and large-capacity magazines in a Chicago suburb.

Five days after the San Bernardino mass shooting, the justices left in place a lower court ruling that found local governments have latitude in deciding how to regulate firearms. The federal appeals court in Chicago upheld the city of Highland Park's 2013 gun law that bans semi-automatic weapons and large-capacity magazines.

The Supreme Court decision was on par with several prior decisions. Click Here to Continue Reading 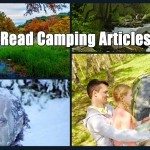 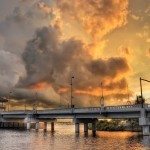