How a Venus flytrap knows the difference between suitable food for it and inedible objects had remained a mystery for quite some time, but research scientists in Germany have discovered that it can do so because it’s capable of counting. It somehow monitors how many of its contact hairs are touched, then traps closed only when it’s determined the thing in the trap is worth gobbling up. At press time, there is no word on whether or not they are planning to take over the world. Could you survive if they did?

The Venus flytrap is perhaps the best known of carnivorous plants — those that get essential nutrients from trapping and consuming insects, particularly when they can’t get enough from the soil. Now a team of German scientists has discovered that the flytrap can actually count, and this ability is the key to knowing the difference between the presence of prey and a false alarm.

The Venus flytrap has a pleasing fruity scent, the better to attract unsuspecting insects to its deceptively welcoming leaves. Those leaves are lined with ultra-sensitive trigger hairs that sense when something touches them. When the pressure is sufficient to bend those hairs, the leaves snap shut, trapping the prey inside with the aid of long cilia that act like fingers, grabbing and holding the insect in place. Read More at Gizmodo 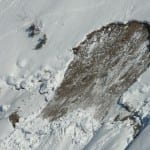