If you’ve been a prepper for some time now, you have probably already noticed that quite a few of your provisions have gone up in value since you first started. Like you, other preppers have started noticing just how well the prices for survival products rise in a relatively short amount of time. In fact, you could theoretically make a very real living from the practice of buying and restocking your prep goods.

Here’s a reason you should prep, and an example for you to use with your family and friends why they should too:

The world’s greatest long-con is soon to reach its blow-off. Social Security, an “insurance” program signed into law by Franklin D. Roosevelt in 1935, will soon go belly-up. The program’s unfunded liabilities are nearing $26 trillion. Using a variation of a payout scheme named after Charles Ponzi, the SSA has been robbing a whole bunch of Peters to pay a single Paul for years. But the government has one-upped Mr. Ponzi by no longer needing the marks to voluntarily fleece themselves by buying in. Now it’s the law that we all get a regular shearing.

In 1950 there were 16.5 workers paying into SSI for every retiree taking benefits out. Today there are just under three. By the time our children retire, there will barely be two. So don’t count on that “gift” from Washington. Continue Reading 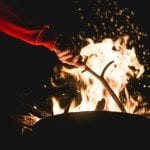 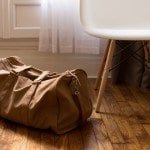