A new material named perovskite, which is a crystalline mineral made of calcium and titanium, might be the revolution that the solar energy needs to move to the next level.

It can recycle light, it's cheap, lightweight and easy to produce. Something that may make it the worthwhile stand-in for silicon-based solar panels.

Oxford PV is working with solar manufacturers to debut a panel with a perovskite layer on top of existing panel technology, boosting its efficiency by about 20%. Silicon panels generate power today at about 70 cents per watt, and this layer would bring it to at least 60 cents per watt and it would require little change to existing manufacturing.

It will be a much longer before perovskites can stand alone, which will require a number of further innovations, including making larger cells and making sure they can operate reliably for many years. Moisture is very bad for the material, so Stranks says that durable encapsulation structures will be needed to keep all humidity out. “We still have work to do, and it will take a global push to realize the full potential,” he says.

But the future of solar using perovskite panels could look very different. They can be tuned to be different colors and could line glass buildings someday. Because the material is flexible and lightweight, it could help deploy solar to more remote communities. And the material could ultimately work out for LED lights, too (LEDs are essentially solar cells run in reverse).

Such a great discovery! Soon we'll just need windows and roof tops to power our houses. Off-the-grid will be an even bigger piece of cake. 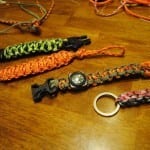 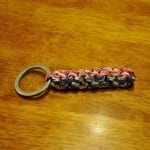