The sailors have been using the placement of the stars and moon for ages to navigate the waters of the great oceans. Similarly, the Sun can also be very useful in navigation. It can prove to be a very useful tool to help one stay on one’s course in the backwoods. There are certain simple methods using which the Sun can be used for navigation. Though the closer one is to the equator or the poles, the much less precise these methods become but most of the landmass lay at latitudes in which these methods can be used.

At noon in places like North America, Europe or North Asia, the Sun is on our South. For instance during a time slot of 11am to 1pm, if anyone is standing facing the Sun, then he is facing South which means behind that person lies North. By using this simple method, the directions can be determined when one is in the Northern hemisphere. It is important to keep in mind that East is on our left and West on our right.

This same method can be used to determine directions in the Southern hemisphere as well. While in the Southern hemisphere the directions would just be opposite of that of the Northern hemisphere, that is at noon if a person is standing facing the Sun, then he is facing North which means just behind him is South. The East lies on his right and the West lies on his left, though in the northernmost areas of Argentina or South Africa, the position of the Sun seems to be directly overhead at noon during a few days of the year. But this happens for only a few days in a year.

Locating the North and South using the Sun

Using the watch to figure out direction

The stick and the shadow method

This is a very simple method to figure out directions. All one needs is a stick and the Sun. All one needs to do is place a stick vertically in the ground and mark the tip of the shadow. Now wait for 10-15 mins and mark the new position of the shadow’s tip. A straight line needs to be drawn connecting the two marks. This is the approximate East-West line. Now if one stands on the line, having the first mark that is West on the left and the second mark that is East on the right, then the person is mostly facing the true North regardless of where he is in the World.

The above mentioned methods are easy to follow and will give one almost true directions. These methods can be very useful when one goes for hiking, camping and other outdoor explorations. Especially in the wilderness knowing one’s exact location is a crucial part of one’s survival. Knowing the directions will increase the chances of one reaching his desired location. Hence, the above methods can be very useful to one to figure out his location and reach his destination. 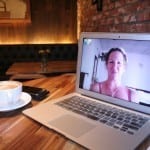 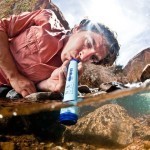