Especially in the wake of terror events like that which happened in Paris late last week, governments around the world take steps to make their citizens feel safer. We can’t allow this to keep happening, though – the NSA is already overreaching into our privacy, let’s not let them get deeper into our lives than they already are.

Governments and intelligence agencies charged with protecting us are already on edge because of encryption built into iOS, Android, and even individual chat apps, and it's a sure thing that some of those governments will use the Paris attacks to push legislation mandating back doors into encryption systems or simply outlawing encrypted communications entirely.

That march has already started. The role of encrypted communications is being increasingly identified as one of the ways these attacks went undetected while being planned and executed. Pundits are criticizing encryption and blaming Edward Snowden for exposing mass surveillance programs in the U.S. Mainstream news outlets on TV, print, and the Internet have speculated frequently on the idea that encrypted communications allowed the terrorists to operate undetected. Continue Reading at Mac Observer 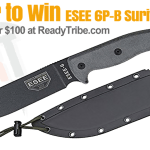 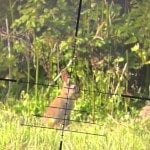