Everything You Need To Survive When The Lights Go Out 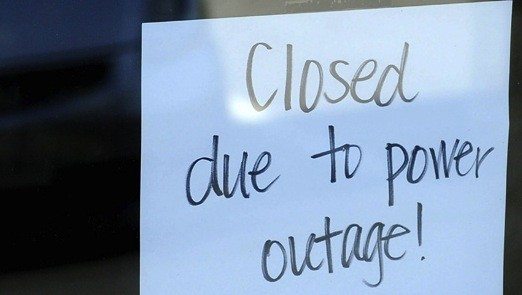 It's a little known fact that the American and Canadian electrical grids are fickle beasts that aren't that well protected. It doesn't really matter if it's a cyber attack, a real attack, a solar flare, snowstorm or heat-wave (or even just buggy software) - there's always a risk of the power going out.

If you've lived on the East Coast in the last 10-15 years, you know what a massive heat wave can do to the country's power grid. And the havoc it can cause in real life. That's why it's always a good idea to be prepared for when the light inevitably go out - because they will at some point or another.

Even if it's just temporary, it's better to be prepared so you're able to function normally when everyone else's lives come to a complete stand-still. Here are some suggestions for your lights-out kit.

It's always a good idea to keep a box of various battery sizes near by. And keep a nice amount of them in your home - not just a handful. You never know how long the power is going to be out and how much juice you'll need for various appliances and tools you have.

This obviously goes without saying. I mean, the lights are out. You NEED a large number of flashlights. Why a large number? What if there are multiple people with you and each needs to do something that requires light (like walking without hitting everything in your path)? There are a nuimber of scenarios that may occur, and you know it's always better to be safe than sorry.

Pro-Tip - leave flashlights strategically around the house so you're not stumbling around in the dark when the power suddenly goes out.

Another low-tech way of making sure there's light around - candles are a great thing to keep handy for when the power and lights go out. Make sure you have fire as well (matches/lighter).

Now if the entire grid is down then there probably won't be a ton of radio to listen to. But it's always a good idea to be able to access the public broadcast and emergency alert networks. A small battery-powered radio can be an important part of your kit.

Now, it's not always certain when the power or lights will come back on... and a Prepper's gotta eat. If you remember the blackout on the East Coast, many peoples' food was ruined (the stuff that had to be kept cool). Obviously a cooler won't keep stuff cold forever, but it's a great way to prolong the life of some of your food. The grill? Well don't you like warm food?

Think I'm missing anything from this list? Let me know in the comments.

And here's a great video with a few extra ideas on what to include in your kit. The Peaceful Prepper shows you what she includes in her "Lights Out Box"

Check the video below: