In a recent 2015 hearing, “The EMP Threat: The State of Preparedness Against the Threat of an Electromagnetic Pulse Event”, Peter Pry warned that this weapon — in the wrong hands — could kill 9 out of 10 Americans “through starvation, disease, and societal collapse.”. We've all heard statements such as these before … and we all tend to block them off as noise — at least I do.

However, recently we have started to see how the US Airforce and Boeing are developing their very own EMP weapons. It's no longer Hollywood fiction.

How worried should we be?

What is an EMP? Is it a legitimate threat?

These are all questions we'll look at in this article.

What is an EMP?

We won't dive too deep into the physics here (for those interested, here is a publication from California Polytechnic University on just that).

What you need to know, is that EMPs will generally be disruptive or damaging to electronic equipment. This makes it a highly potent weapon for knocking out infrastructure and disabling communication.

As our society and our infrastructure grows more dependent on electronic devices, we are also getting more vulnerable to EMP attacks. A large-scale attack with an EMP weapon can disable vital infrastructure such as power grids, internet and the phone network. As almost all of the stuff we take for granted — like hospitals, banks, air traffic control and even traffic lights are reliant on this infrastructure to function, it's easy to see how an EMP attack can have devastating effects in the wrong hands.

An EMP is pretty much the only way to disable electronic equipment that is on a closed circuit, such as an automobile engine. Most modern car engines, rely on fine electronics to function, and all though most cars aren't connected to any remote source (except for some cars which have a remote control feature), an EMP will still be able to make the car useless.

A weapon, as described in the Digital Trends article, will be able to disable infrastructure without injury or collateral damage.

You can see how this new weapon, named CHAMP works in the video below. Note that this isn't just some doodle project that may happen one day. It has already been successfully tested, and according to Keith Coleman, the manager of the CHAMP program, they hit every target they wanted successfully. Check out how an entire building filled with electronic equipment goes to black when it's hit with the CHAMP missile.

A recent weapons flight test in the Utah desert may change future warfare after the missile successfully defeated electronic targets with little to no collateral damage.

CHAMP, which renders electronic targets useless, is a non-kinetic alternative to traditional explosive weapons that use the energy of motion to defeat a target.

During the test, the CHAMP missile navigated a pre-programmed flight plan and emitted bursts of high-powered energy, effectively knocking out the target's data and electronic subsystems. CHAMP allows for selective high-frequency radio wave strikes against numerous targets during a single mission.

“This technology marks a new era in modern-day warfare,” said Keith Coleman, CHAMP program manager for Boeing Phantom Works. “In the near future, this technology may be used to render an enemy’s electronic and data systems useless even before the first troops or aircraft arrive.”

This type of weapon may be a good way to knock out infrastructure in war zones without causing collateral damage or injury, normally associated with air strikes — but it's also a new chapter for weapons we don't want in the hands of terrorists or rogue states.

EMP Nightmare: How Iran or North Korea Could Destroy America with a Single Bomb

Joe Hicks brings you the startling facts relating to the possible development of EMP weapons by North Korea and Iran. A single electromagnetic pulse could disable the entire United States, destroy America's critical infrastructure and reduce the US to a state of starvation and anarchy overnight. 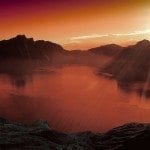 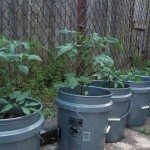