5 Lethal Weapons Made in Prison 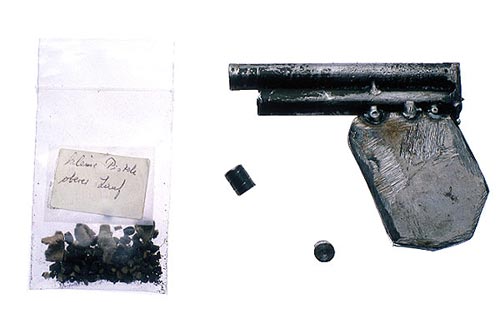 Everyone knows prison is hard. Combine this with the lack of things to do, some inmates have no choice but to adapt in order to gain the upper hand. Some prisoners got very creative over the years building even shotguns (yes shotguns!) or even radios from the limited tools they have at their disposal.

Like it or not, but when SHTF your average prison con stands a much higher chance of surviving than your average Joe. In this post I will try to share some of the most interesting weapons and tools that were found inside. Although crude in design, the fact that they were made inside prison with very limited materials plus the risk of getting caught every day makes them very impressive. 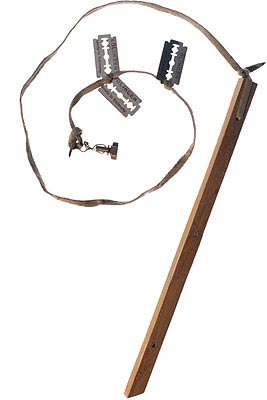 This crude weapon was made by a violent drug addict in 1996. Made from a simple stick with an elastic and a few razor blades. Simple yet effective at close to medium range. You can hit an unarmed man or even someone wielding a close range weapon such as a knife before they ever get a chance to touch you. 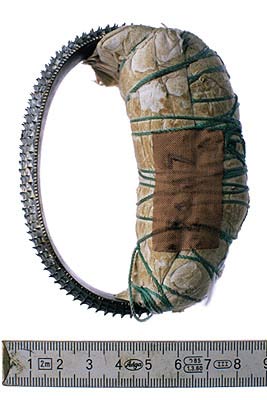 Made by an inmate from a rasp that was presumably stolen from a prison workshop. It has a padded handle for better grip. Easy to conceal in a pocket. You can hit an unsuspecting victim knocking them out or at the very least giving them a very serious injury, provided you aim for the head. 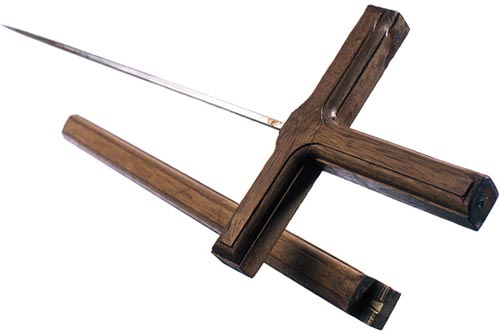 Prison guards became suspicious after finding crucifixes in many prison cells. Looks like the convicts weren't really praying with them after all. It seems a convict with access to the prison workshop started selling these to the inmates. You could unsheath the shiv and stab a man to death in mere seconds with it.

Thought inmates only could make simple melee weapons? Think again. Guards suspect it was made in the prison metal workshop. It was loaded with pieces of steel and match heads. This double-barreled pistol was made in 1984! Imagine what they can do today in the age of information. 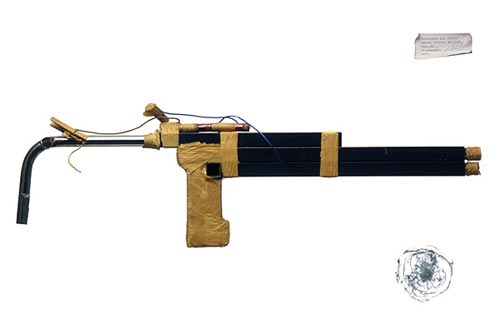 Yep a shotgun.  The inmates made it from iron bedposts, the charge is made of pieces of lead from curtain tape and match-heads. It is ignited by AA batteries and a broken light bulb. In 1984 two inmates took a jailer hostage after they blasted through a bullet proof glass with this.