“Whoever would overthrow the liberty of a nation must begin by subduing the freeness of speech.”

Attack on art and freedom of speech normally comes from authoritarian groups such as governing bodies and religious extremism. However, this artist's work will not see the light of day out of fear of reprisal.  The topic is religious in nature and could be construed at sacrilege or blasphemy by some religious groups.

In light of the terrorist attack on the Paris offices of Charlie Hebdo, which published satirical content featuring the Muslim prophet Muhammad, can you blame the publisher for backing out?  Some would say yes. Read Charlie Hebdo in Paris. Others would agree with the publisher citing personal safety for himself and those around him.  Many activists believe that freedom of speech and freedom of the media are of vital importance for the functioning of a democracy.  And many are willing to go to jail or even die for that belief.

There are several individuals who have fought to protect the meaning of free speech in the past.  Controversial figures like Larry Flint, founder of adult magazine Huslter, and Julian Assange founder of Wikileaks are considered heroes by many.  Even Edward Snowden, who believed he was protecting more than freedom of speech when he exposed what the government consider national security to the public, is considered a hero by some.

While we may enjoy freed speech for the most part, it is probably best to use some common sense when executing this freedom.  Author Jim C. Hines may have put it best, “Freedom of speech does not protect you from the consequences of saying stupid shit.”

Read below about the Norwegian Artist going to great lengths to express himself and share his art.  Do you think the publisher did the right thing? And, do you think that this artist should fear for his personal safety after his works are published?

The Norwegian Artist Thomas Knarvik will have to publish his controversial book abroad, after the publisher decided that his new book “InHisName”, featuring religious caricatures, is too much.

The publisher has bailed, and the entire batch of 2500 books will now be burned — before even hitting the market.

”InHisName” by Thomas Knarvik will not be completed, and the project is returned to the author, Publishers website

The author said to the Danish newspaper Information that his drawings were made to sympathize with Charlie Hebdo, and as a tribute to their style.

The most important for me is to show and ridicule how religious authority is an instrument to do the most outrageous abuse of the people.

I try to do what Chaplin did in “The Dictator”, to mock the absolute authority

The author said to the Norwegian newspaper VG that hes come to rest with the fact that the printed copies will be destroyed, and that he's looking forward.

The cooperation with the publisher SpreDet has lasted for about half a year, where the publisher took care of all the expenses. Now, after all these expenses, and printing 2500 copies of the book, the publisher got cold feet — and decided that book wasn't good enough.

Published in spite of personal safety

Despite not being able to publish the book through the original publisher, Mr. Knarvik is now talking to the Danish publisher and writer Kåre Bluitgen about publishing the book via him.

Before this, Knarvik tried to print the book at a publisher in Lithuania — at his own expense. They bailed too, saying the book was too much.

VG asked the Mr. Knarvik: What was the reason for “InHisName” not being published through SpreDet?

It was out of fear that something could happen. That violence could arise. A general fear.

What do you think? Is it OK to censor media like this, or should any book have the right to be publish — regardless of how controversial it may be? 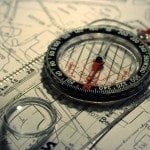 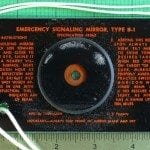