We've all heard about the usual types of alternative energy. Many of us tend limit the concept of renewable energy to only solar or wind power. These might be the technologies with the highest economic viability today, but did you know that these are only a small fraction of mother earths sources of green energy?

Basically, anything in nature contains some form of energy. As we all know from science class: energy can't be created, nor destroyed, it can only transform from one form to another — a concept known as the conservation of energy.

A stream of water, the flow of waves, the heat from the inner earth or even the osmotic power between seawater and freshwater. These are all examples of energy transforming from one form to another.

For example if we look at solar energy, what's happening is a conversion of the solar energy into electrical power, via the power transfer from photons to the electrons in the silicon panel. These electrons are knocked off their atoms, and due to the semiconductor nature of silicon (which most commercial solar panels are made of), an electric current will be induced.

Renewable energy is unlimited — and cheap!

With technological advancements, more of these clean and green sources can be used to fuel your car or provide electrical power to your home. Maybe in the not too distant future, it will be able to completely replace fossil fuels? In my opinion it's only a matter of time.

An important thing to note here: green energy sources are unlimited! While oil gets less abundant, and more expensive to extract (peak oil, anyone?), green energy is getting cheaper and better by the day.

Fossil fuels will probably be the main source of power for several years to come, but as renewable energy gets cheaper, more efficient and more reliable, it will be a strong competitor. Already today some areas of the world gets their main energy supply from renewable energy sources such as hydroelectric, tidal or wind power.

The video below, published by The Daily Conversation, shows the ten most promising future energy sources.

What do you think? 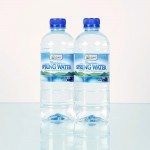